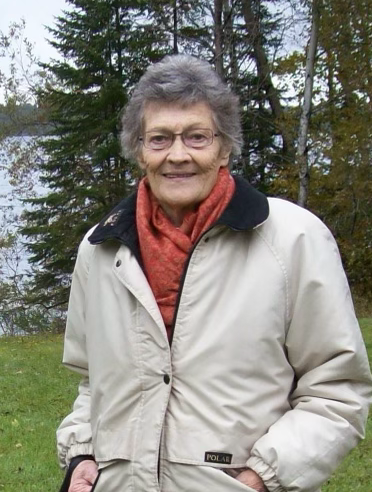 Please share a memory of Mary to include in a keepsake book for family and friends.
View Tribute Book

Mary Irwin of Regina, SK passed away at the Pasqua Hospital at the age of 92 years.

Mary was born and lived in Gainsborough, SK with her parents and four siblings, all deceased.  She moved to Regina as a young woman and worked at a variety of jobs including Simpson Sears where she met the man who would become her husband.  Mary and Jim married and lived in Regina where they raised their two daughters.

At Mary’s request there will be no funeral.  A private interment will occur at a later date.

Flowers gratefully declined.  Donations in Mary’s memory may be made to a charity of your choice.

Look inside to read what others have shared
Family and friends are coming together online to create a special keepsake. Every memory left on the online obituary will be automatically included in this book.
View Tribute Book
Services for Mary Irwin
There are no events scheduled. You can still show your support by planting a tree in memory of Mary Irwin.
Plant a tree in memory of Mary

Share Your Memory of
Mary
Upload Your Memory View All Memories
Be the first to upload a memory!
Share A Memory
Plant a Tree