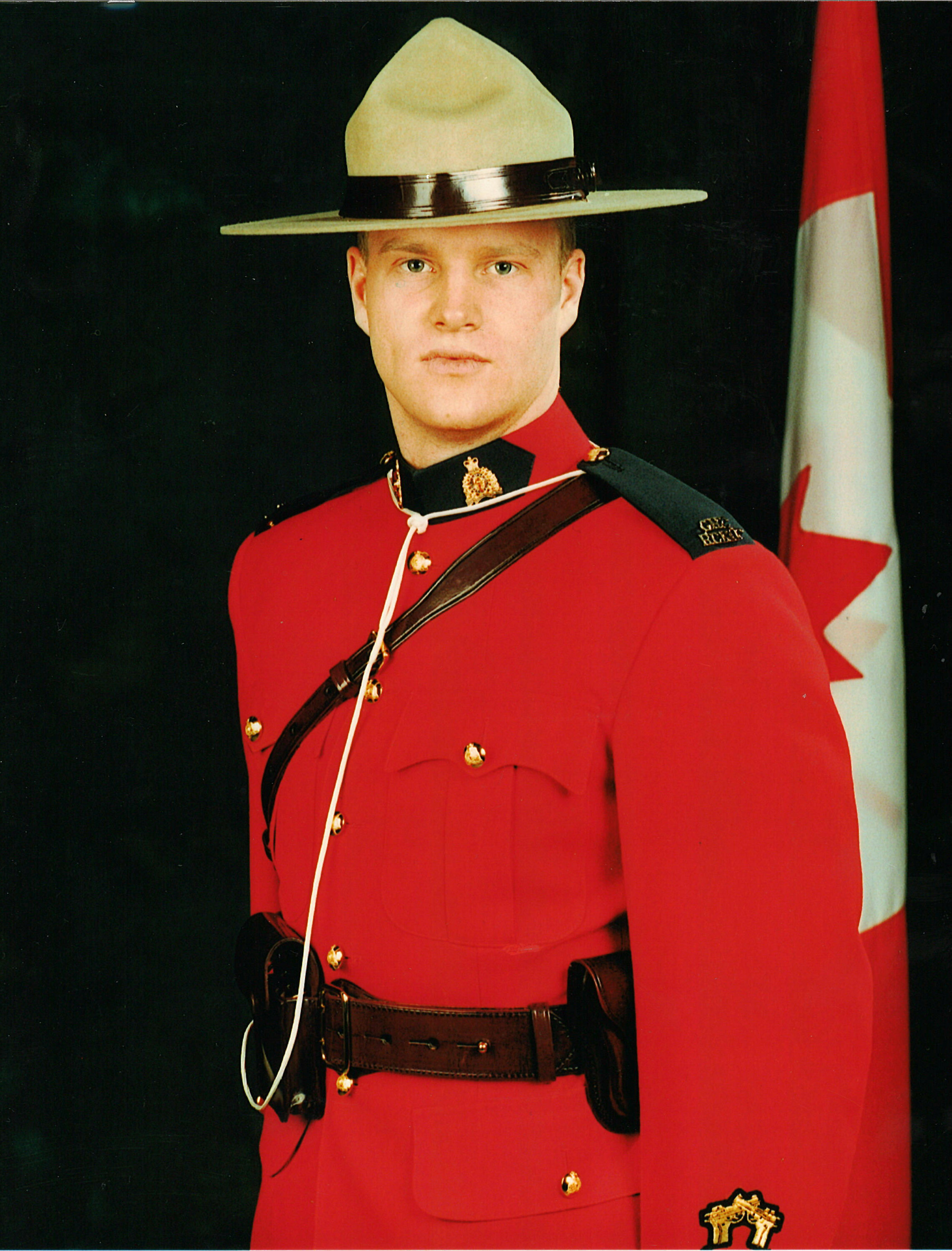 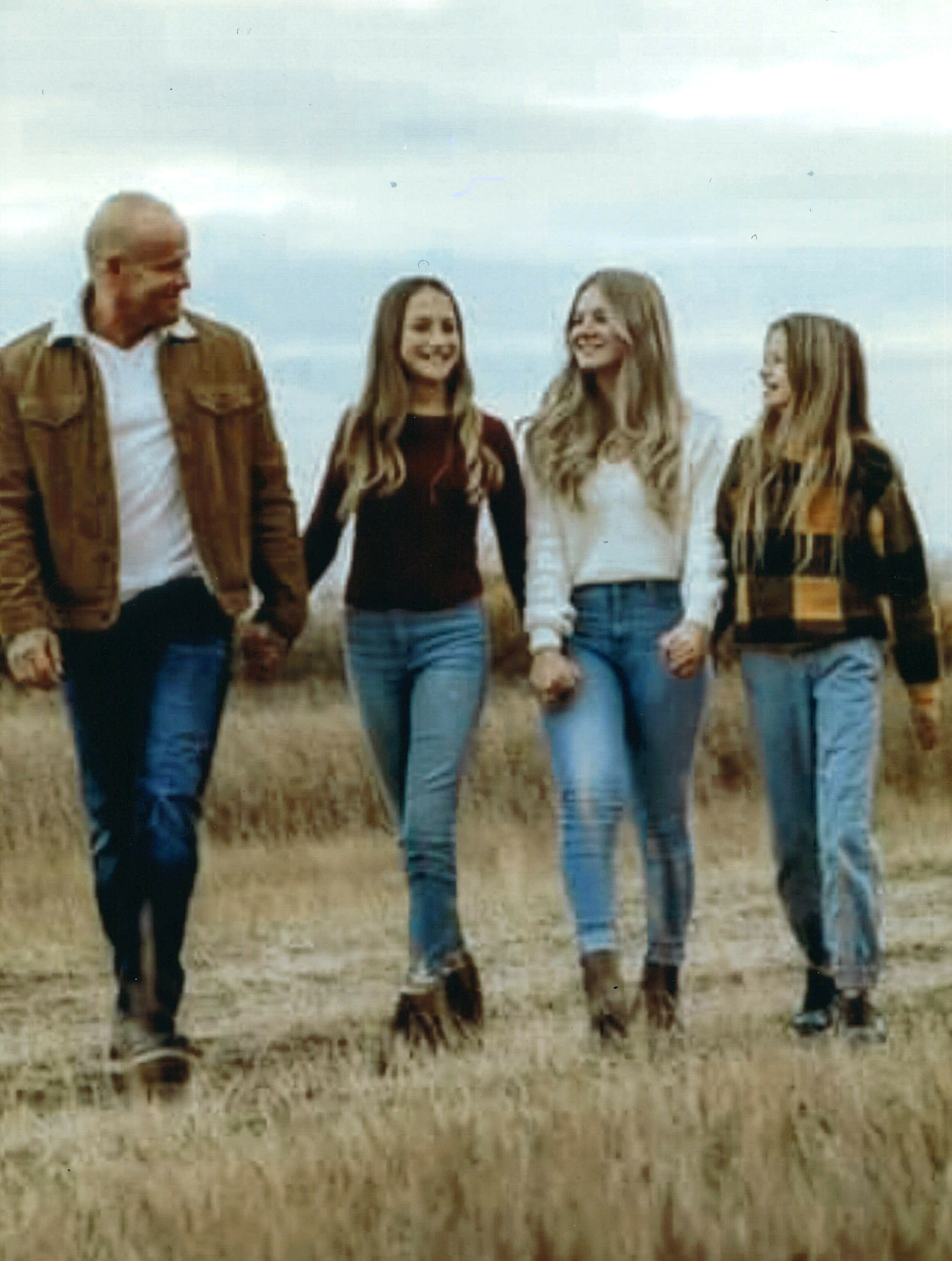 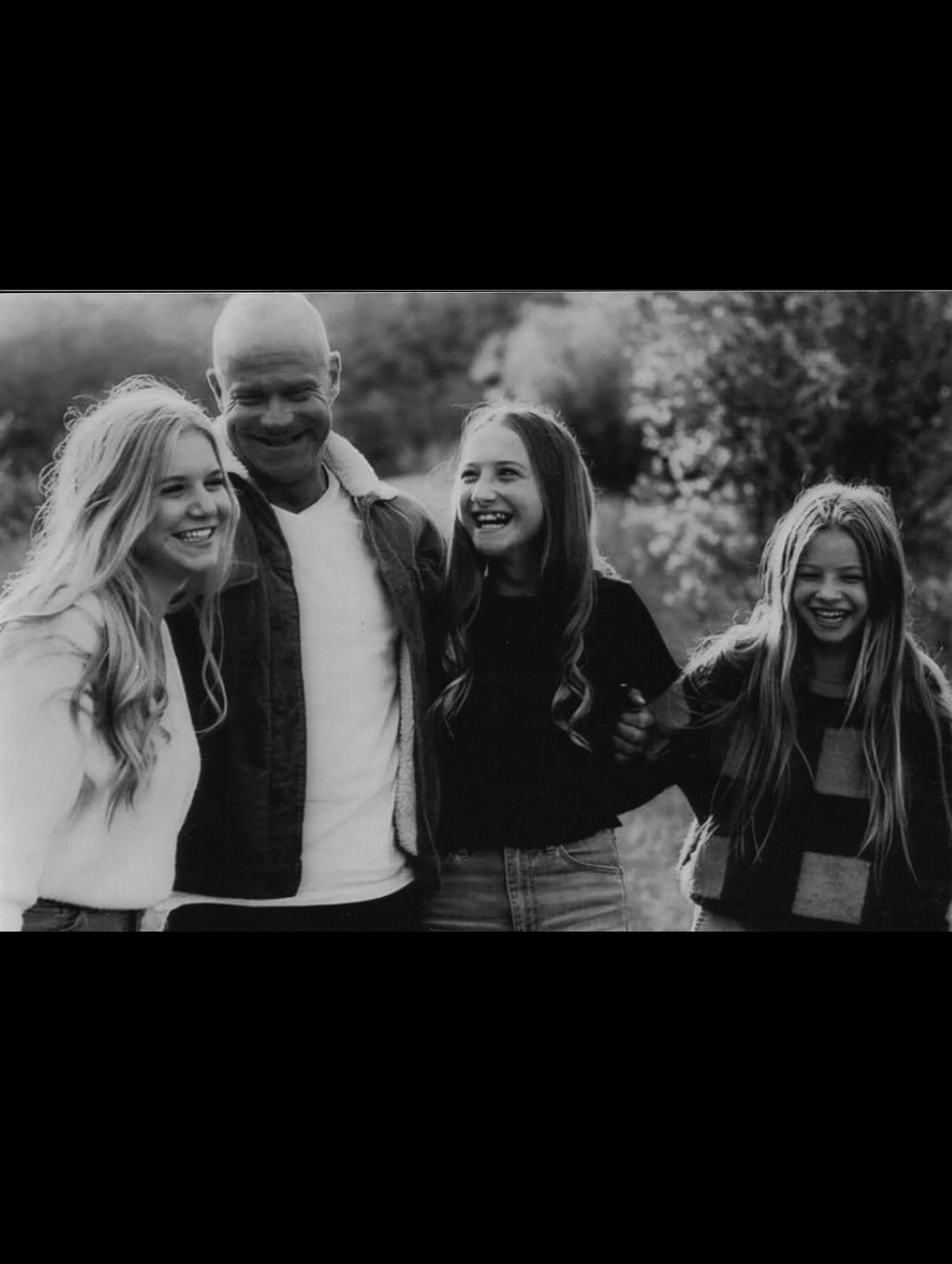 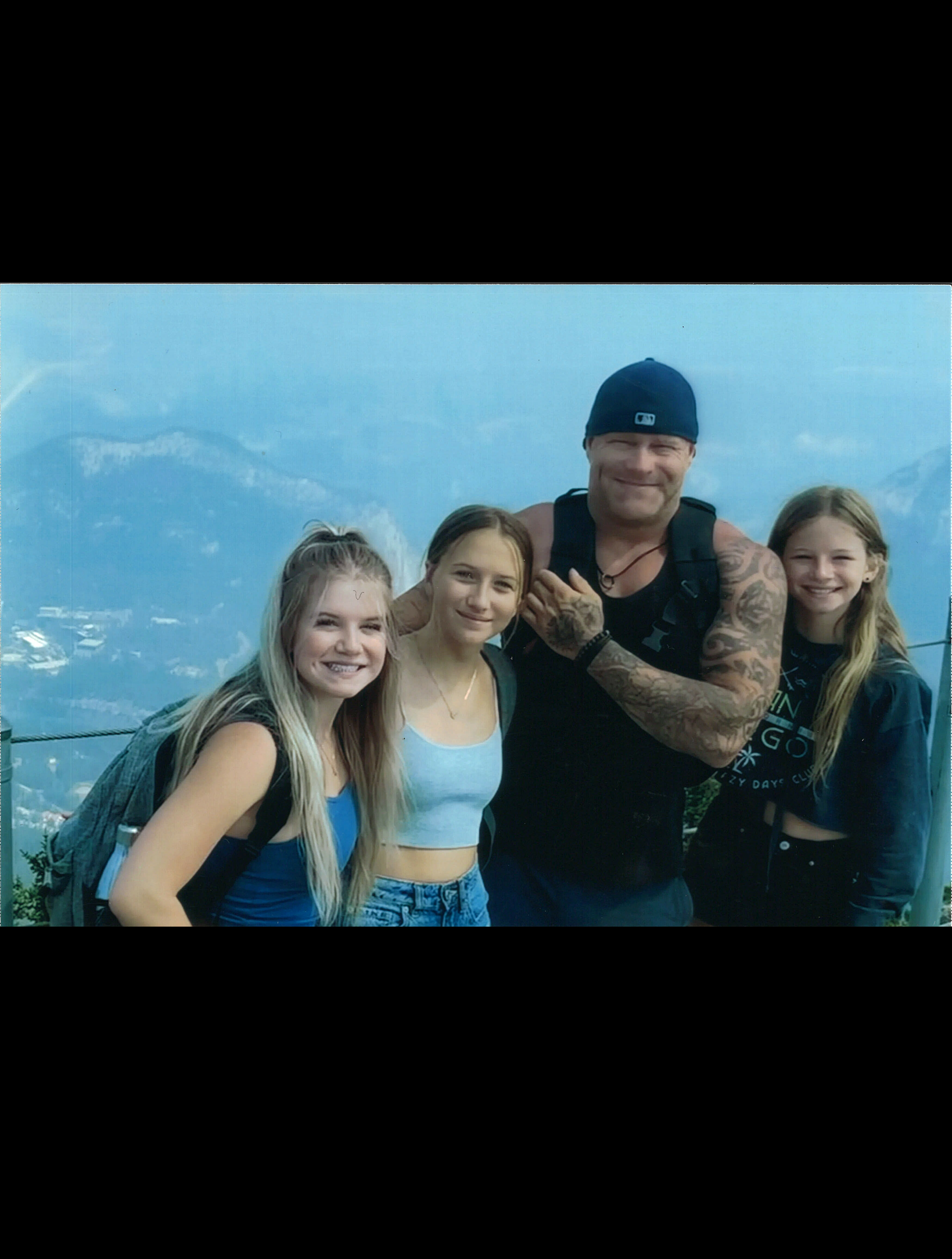 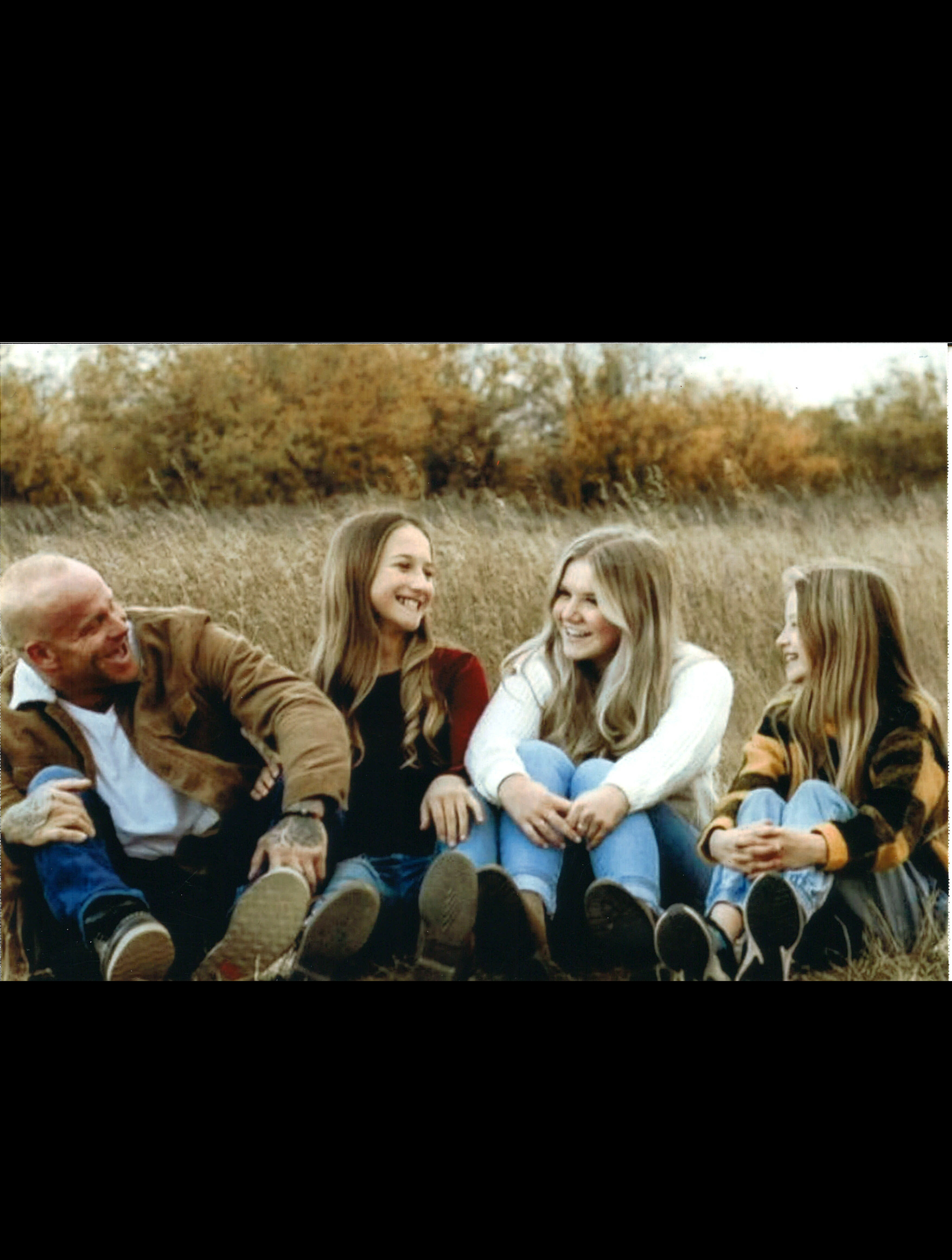 Michael will forever be missed by his most prized treasures: Daughters Madison Leigh, Olivia Rain, and Reiss Elizabeth, they being his “three butterflies” and utterly everything that he cherished with every fibre of his being. Michael is also survived by ex-wife of fifteen years, Leigh Elder, who is the loving mother of their three daughters and her son, Ethan Seib.

Michael shall also be missed by his dear and cherished, Calee Sawyer, whom he loved fiercely as well as her children, Eythan, Dayvinee, and Kaydenz. Michael is deeply mourned by his loving father and mother, Mike Elek and Doreen (Smith) Elek, they who brought him into this world and adored him from the cradle to the accomplished and self-sacrificing man that he had become. He is dreadfully missed by his siblings: Kerri (Nigel) Watkins, Tammy (Damian) Flaman, Jerry (Mona) Elek, Alyssa (Matt) Koop, and Kristy (Chris) Karuhije. His many nieces and nephews will always feel a void in their own hearts whenever they think of him but also feel fulfilled in knowing they have so many memories and hilarious stories of their uncle as he mercilessly teased them.

Michael was born on August 10, 1977 and would grow into quite the mischievous of characters. As he grew up in White City Saskatchewan, gaining an extreme love for Christmas (thanks to his mother), Michael developed a deep sense of compassion and tender-heartedness (again from his mother), “smiling eyes” (from his father), and a cheeky dimple that everyone knew was absolutely his own. Michael had an electrifying bawdy humour (definitely thanks to his father), that his friends, family, and brothers in arms knew him for.

Michael Elek achieved his childhood dream, inspired from an episode of the 1979 comedy series The Duke’s of Hazard, to “be a cop” and as soon as he was of age, he set to the task of preparing to becoming a great Canadian hero with the Royal Canadian Mounted Police.

He would go on to getting his degree in criminology at Lethbridge Community College in the spring of 2001 and soon after applied for the Royal Canadian Mounted Police Academy also known as Depot at the RCMP barracks in Regina, Sk. On February 4, 2002 and at the young age of 24, Cst. Michael Lee Elek became a fully fledge Mountie, graduating with Troop 12 of F Division, he received his first posting in Loon Lake Sk. Cst. Michael would “climb the ladder” with a single minded determination to have a
career that was seemingly born of the stuff of myth, legend, and story––especially to those not in Law Enforcement.

Cst. Michael (Mikey) Elek specialized in many branches of the RCMP all the while receiving strength of mind, body, and spirit, some of these branches included: Underwater Recovery, Firearm Training, Federal Policing (serious and organized crime), Protective Operations, Special Operations, Air Marshalling, Counter Terrorism, Drug Section, Surveillance Specialist, Aircraft Assault, and his absolute favourite position as an “Assaulter” in the Emergency Response Team (ERT). He was strong in his job with integrity, humour, and compassion that made him well known for his “quiet confidence”
and stubborn but stout heart that helped him get the job done.

Cst. Michael’s high octane career was never any match for his daughters though, whom he strived to spend time with whenever he got the chance. He took his eldest daughter, Madi, for her first tattoo, nicknamed her “Princess Fiona,” and would tease her awake and would shout her nickname “Princess Fiona,!” taking a play straight from Shrek’s playbook––which the two of them watched all the time.

Michael would not rest unless his second daughter Olivia, his “Sunshine,” knew he was thinking of her and as a result, gave her the gift of a moon pendant so that whenever they were pulled away from one another they could look to the same sky and be reminded that they were still under a moon they shared.

For Reiss, Michael’s third daughter, he taught her how to kick-box and undoubtedly stoked the fire in her spirit to keep on fighting just like her father had, all the while embracing her tight and calling her “Beautiful Princess.”

Cst. Michael Lee Elek III lived his life powerfully with strength and inspiration. While doing so he accomplished what many good Canadians dream of doing: He made our country of heroes both a safer and more peaceful a place. He sacrificed much but with an equal love for justice and mercy.

Mikey’s vigilance and gentleness, his vigour and wit all the attributes of the cheeky charmer that he was will be missed dearly by his family of blood and those brothers of the Force who bled with him.

We will miss you, Michael, though we know that you waited upon the Lord and are now renewed in strength as you walk the halls of your Saviour. One day you shall meet again your family and your siblings of the Royal Canadian Mounted Police because:

“Blessed are the Peacemakers: for they are the children of God.”
- Matthew 5:9

For those unable to attend in person, a live stream of the service will be available.
For more details visit: michaelelek.com

An intimate graveside service reserved for family and close friends will be held at the Barracks Cemetery immediately following the memorial service where Cst. Michael Elek will be immortalized with the RCMP fallen as his brothers of the Force lay him to rest. Refreshments and a light luncheon will be held in the Mess Hall located next to the chapel. All are welcome to join.

In lieu of flowers please consider giving a financial gift that goes directly to Michael’s three daughters. (Visit MichaelElek.com for e-transfer details) Michael’s family would love to hear your stories about him. Please share some favourite memories and photos at: michaelelek.com

Share Your Memory of
Cst. Michael
Upload Your Memory View All Memories
Be the first to upload a memory!
Share A Memory
Send Flowers
Plant a Tree