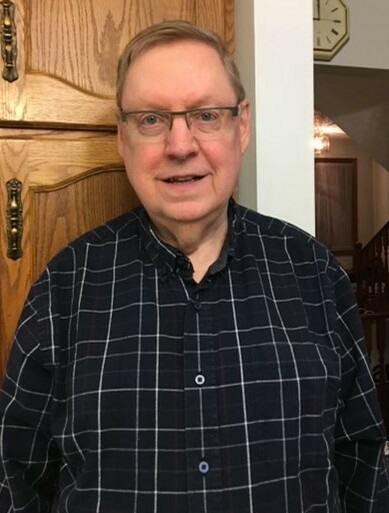 Please share a memory of Richard to include in a keepsake book for family and friends.
View Tribute Book

Born in Southampton, Ontario to Dr. Harry and Jennifer Jack (both deceased). At the young age of five years, he moved into the Harvard Student Residences and in 1955 to Lexington, Kentucky. In 1962, the family came back to Canada. Except for a few years working in Calgary, Richard spent the rest of his life in Regina. Family life began in 1991 with his marriage to Nila Filoteo and later, the births of his two sons, Thomas (deceased in 2012) and Arthur. Also left behind are his Calgary family of sister Margie; brother-in-law John, their daughter Kirsten and her family Alan and sons, Anderson and Auston Boucher. He is also survived by numerous relatives in Eastern Canada and the Netherlands.

Richard began his Regina work life with the Sask. Health Department and continued when it became the Crown Cooperation – eHealth, retiring after 37 years of public service in 2016. After receiving a Communications Certificate, Richard also worked part-time for a few years at Sigma Analytics & Computing.

Richard very strongly believed in community service, volunteering with many community organizations including Diabetes Sask., Co-op Housing Assoc. of Sask., and numerous political boards. After the birth of their first son, Richard and Nila were particularly active in organizations for the disabled, especially ECIP Regina and the Cerebral Palsy Assoc. With their second son, music became an important interest and activity.

In later years, Richard acted on his passion for the environment by becoming actively involved with the Sask. Green Party, serving as its Vice-President and later in 2019 as Interim Leader.

After retiring, Richard was quickly recruited to the Board of the Regina Unitarian Fellowship of which he was a longtime member. Later in 2020, he served as the President of the Fellowship, until resigning due to declining health. Richard was most proud of his 15 years as a Lay Chaplain for the Unitarians.

Richard wished us to thank all those who helped his family during the many years of family health and related issues.

Due to Covid concerns a Celebration of Life will not be held at this time. Richard’s remains will be interred alongside his first son, Thomas at Regina Riverside Columbarium.  If friends so desire, memorial tributes may be made to a community charity of the donor’s choice.

Share Your Memory of
Richard
Upload Your Memory View All Memories
Be the first to upload a memory!
Share A Memory
Plant a Tree