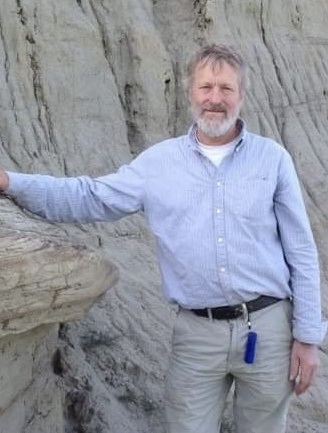 John Daniel Gray was born November 4, 1953 in Regina, SK. He grew up in Preeceville, SK where he was the second child of Norm and Jackie Gray.

John had a love of music and came by the talent of playing quite naturally. His favorite instrument to play was the electric guitar, but he could also occasionally be found playing bass or sax. John played in various bands throughout the 80’s and 90’s including 9th Avenue, Shoes for Ella and the Fundamentals, and he often attended jam sessions at Good Time Charlie’s at the Plains Hotel. John also had a love for food and was known to be a great cook; he could pull any recipe out of his head. He loved cooking for his family and friends.

In the late 2000’s, John semi-retired from construction and developed a new hobby of buying cars from the salvage yard and completely restoring them. This included the body work, engine repair and interior refabrication.

John continued to stay busy with his construction projects, gardening and classic cars until his health declined in the spring of 2021.

John passed away peacefully in the early morning of December 20, 2021 at the Palliative Care Unit in the Pasqua Hospital. He was predeceased by his brother Mike (1996); and his parents Jackie (2004) and Norm (2015). John leaves behind his daughter Carmin (Mitchell Faye) and three grandchildren Jacquelin, Casey and Daniel of Regina, SK; son Evan Rein of Regina, SK; brother Jim Gray (Donna) of Sacramento, California and sister Sheila Hoyer of Rapid City, South Dakota; and aunts Carol Gray of Edmonton, AB and Glendene Gray of Regina, SK.

Share Your Memory of
John
Upload Your Memory View All Memories
Be the first to upload a memory!
Share A Memory