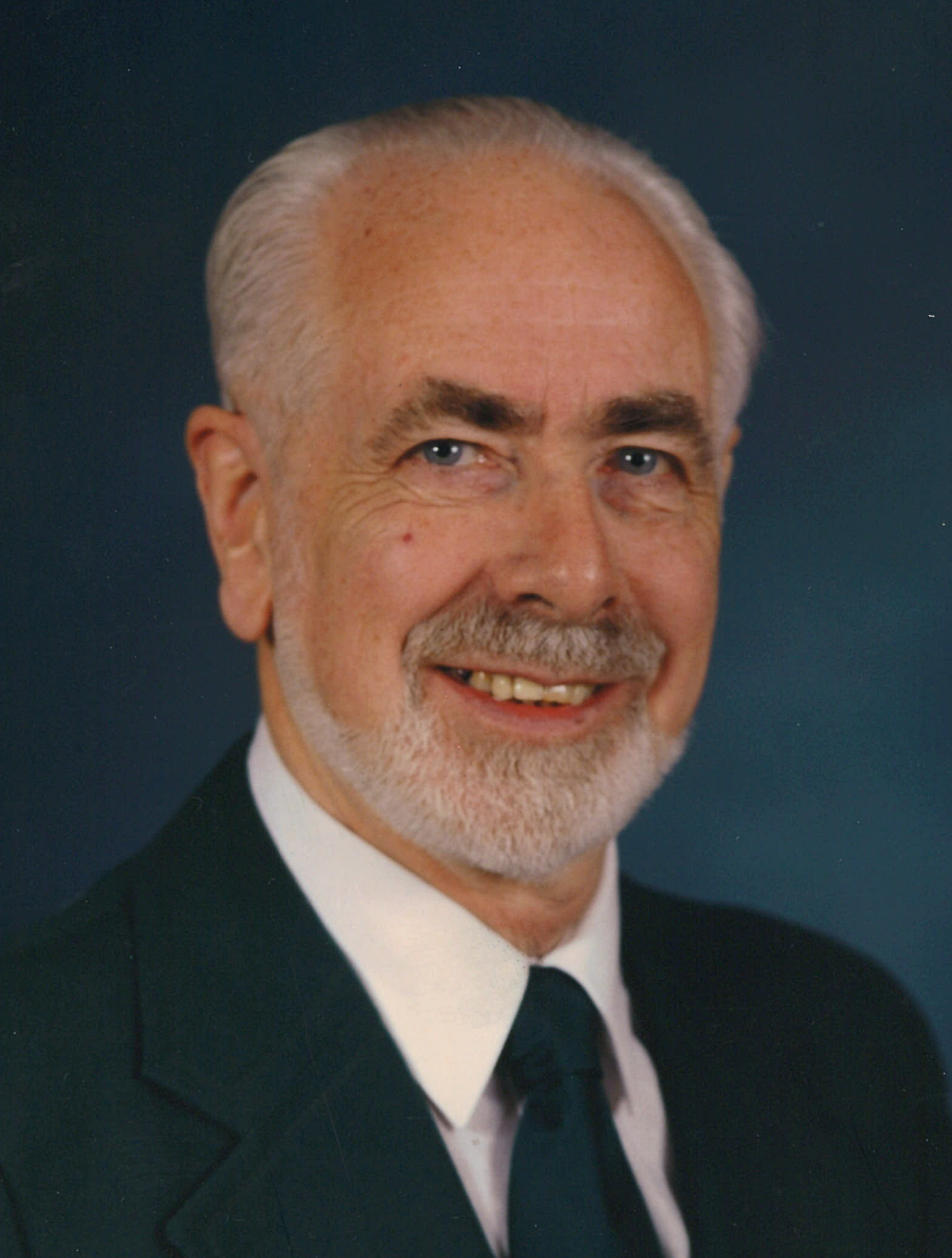 It is with great sadness we announce the passing of George Ogilvie, a wonderful father, grandfather and great grandfather at the age of 90 years. George passed away suddenly on Tuesday, May 18, 2021.  He was predeceased by his beloved wife and partner, of 52 years, Olive Ogilvie in 2006; his son Alastair in 2020; and his granddaughter-in-law Gitte Richards in 2019. George is survived by his daughter Sheila (Junior) Richards; son Doug (Lore) Ogilvie; grandchildren Jason Richards, Shanna Richards-Huffman, James (Michelle) Ogilvie, Scott Ogilvie and Neil Ogilvie; and eight great-grandchildren.

George was born on April 19, 1931 in Lochee, Dundee Scotland.  He married Olive in 1954 and had their three children in Scotland before immigrating to Canada in 1966.

Dad left school when he was 15 to help support his family,giving up a scholarship to go on to higher education. After working installing pipes and boilers for a while, Dad got an apprenticeship and became a draftsman. He worked in the same office as his future wife Olive. They started dating when they were 17 years old and worked and saved for six years to get married. After they were married and with Mum’s encouragement, Dad put himself through University to obtain his teaching qualifications. After teaching for several years in Glenrothes, Scotland they decided to come to Canada for a 2-year teaching exchange. In 1966, they sailed for Canada and came to Regina in early September. After the 2 years were up they decided to stay in Regina and raise their family here permanently.  Dad continued his education along with his full-time job and eventually graduated with his Master’s Degree. During these years he was very active in the Son’s of Scotland and the Regina Scottish country dancers and eventually their own dance group the Tayside Dancers along with the Royal Scottish Country Dance Society. Dad and Mum were involved in many Scottish activities across Canada and made friends everywhere they went. Dad was very involved in Mosaic and helped organize the first Mosaic to feature the Pavilions around the city. Dad was on the executive of the Saskatchewan Teachers Federation and worked tirelessly on behalf of his fellow teachers. Dad retired in 1993 and was elected to the Regina Public School that same year and served until 2000.

Dad and Mum loved their grandchildren and were very involved with them. Always babysitting, taking them places like the park to feed to ducks or participate in Mosaic making sure they learned about their Scottish heritage.  They bought a minivan so they could drive the kids to all their activities and had room for everyone. They spent quiet afternoons doing all sorts of fun activities. After Mum passed away George stayed very involved with his grandchildren and later was excited to welcome his many great grand children into his life. Dad touched the lives of many people from students, colleagues, friends and his loving family.

There will be a private family interment at a future date due to Covid Restrictions.

Services for George Ogilvie
There are no events scheduled. You can still show your support by planting a tree in memory of George Ogilvie.
Visit the Tribute Store

Share Your Memory of
George
Upload Your Memory View All Memories
Be the first to upload a memory!
Share A Memory
Plant a Tree