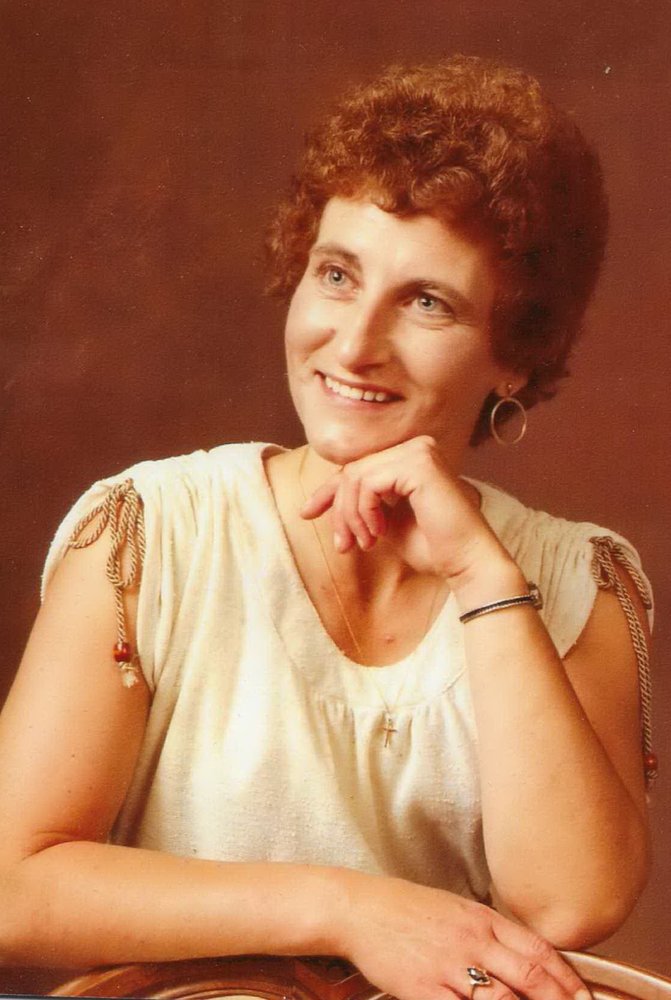 Deanna passed away with family at her side on Tuesday, October 8, 2019 at William Booth Care Home, Regina, SK at the age of 79. She was predeceased by her husband John Meyers; parents George (Fiddler) and Elizabeth Huber; twin brother Donald; brothers Arthur and Ernest and sisters Margaret, Eunice and Doreen.

Deanna is survived by her daughters Denise (Elwood) Scott, Korinne Feil, Leanna (Jimmy) MacFarlane; son, Durand (Tamra) Fritz as well as many grandchildren: children of Denise (Elwood) Scott - Denelle (Jeff) Hansen, Chelsea (Ryan Vetter) Scott, Ashley (Anthony) Gusikoski; children of Durand (Tamra) Fritz – Tabatha (Brian) Wilson, Michael Fritz; children of Korinne Feil – Shauna (Ryan) Luedtke, Landen (Nicole) Feil, Bradey (Sydney) Feil, Jordon (Brittany) Feil; children of Leanna (James) Macfarlane – Randy (Mariana Hernandez) Macfarlane, Sabrina Macfarlane, Haley (Mike) Bloos. She was also blessed with many great grandchildren, nieces and nephews. Deanna married Ken Fritz in 1956 and began her married life in Cupar, Saskatchewan where they welcome their first born daughter Denise. After Ken started working for the Wheat Pool, they moved to Tregarva where they welcomed the rest of their children Durand, Korinne and Leanna. In 1965 Ken was transferred to Rowletta and there were many moves after that including Cupar, Lipton, Yorkton, Lemberg and finally settling in Regina. While in Yorkton Deanna decided to become a foster mom. She was marvelous with those little babies and became so attached. She continued to be a foster mother once she moved to Regina as well for a few years. In 1979 Deanna and Ken divorced and shortly afterwards she remarried John Meyers. Deanna and John owned a lovely home on Sherwood Drive where family loved visiting her. Unfortunately John passed away in 1998 making her a young widow. After John`s passing Deanna moved to several different places including Balgonie.  She moved back to Regina shortly before her stroke in 2011. A Memorial Service will be held at 1:00 p.m., on Tuesday, October 15, 2019, at Christ Lutheran Church, 4825 Dewdney Avenue, Regina, SK. In lieu of flowers, donations in memory of Deanna can be made to Canadian Mental Health Association.

Share Your Memory of
Deanna
Upload Your Memory View All Memories
Be the first to upload a memory!
Share A Memory
Send Flowers