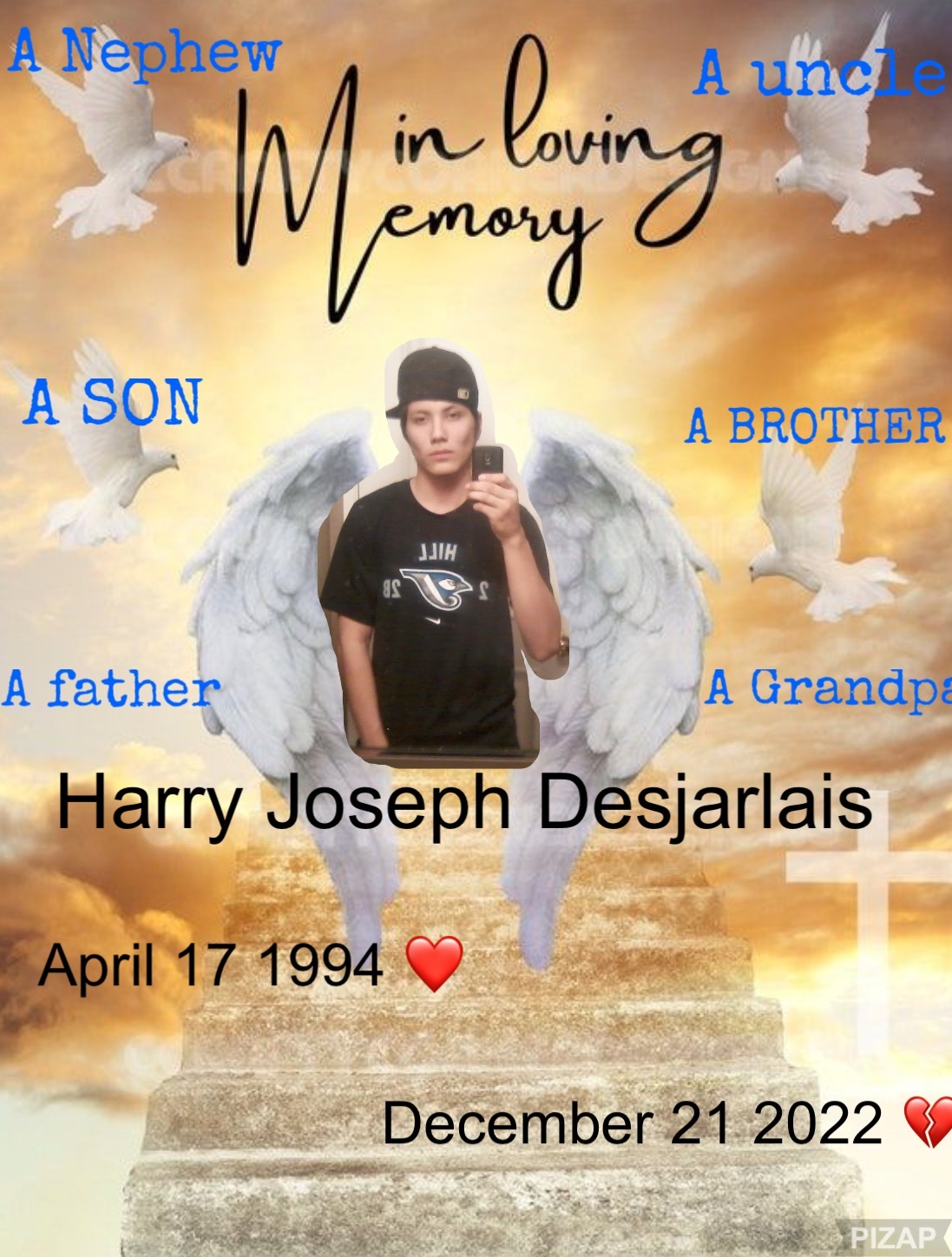 Please share a memory of Harry to include in a keepsake book for family and friends.
View Tribute Book

It is with sadness that we announce the passing of Harry Joseph Desjarlais on Wednesday, December 21, 2022 at the age of 28. Harry is survived by his children Brooklyn and Dreas; mother Heather Desjarlais; father Harry Desjarlais Sr.; brothers Alex Donald, Anthony Langan and Wesley Desjarlais; sister Jennine Donald; favourite niece Shyanne Donald; and grandfather Robert Desjarlais. He was predeceased by his grandparents Allen Donald, Doreen Laboucane and Mary Edna Desjarlais.

Share Your Memory of
Harry
Upload Your Memory View All Memories
Be the first to upload a memory!
Share A Memory
Send Flowers
Plant a Tree