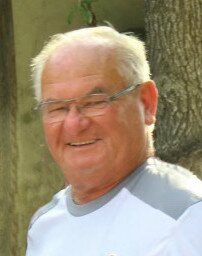 Please share a memory of Bernard to include in a keepsake book for family and friends.
View Tribute Book

It is with great sadness that we announce the passing of Bernie Ripplinger who was taken to the Good Lord on Friday, November 18, 2022.

Bernie was a teacher who began his career in a one-room schoolhouse in Kendal, then taught in Estevan before finally moving to Regina where he taught at Miller High School for 25 years.

Bernie was an avid athlete and championship coach who was admired by students and athletes.  He lived, coached and taught with passion and heart.

When Bernie and Angie retired, they began to head south for the winter.  Their winter stomping grounds was Magic Valley in Weslaco, Texas.  There they met and were surrounded by people that became lifetime friends.  Bernie played slow pitch, shuffleboard and here with his Angel, enjoyed life to the fullest for 20 wonderful years.

Bernie was a man with a big heart.  Angie, Carrie and Brent were blessed to have a husband and father whose generosity was endless.  He provided a life that was filled with love, humour and devotion.

Funeral Mass will be celebrated at 10:30 a.m. on Wednesday, November 23, 2022 at Holy Child R.C. Parish, 2636 7th Avenue East, Regina.   A private family interment will take place in Riverside Memorial Park.   Those so wishing may make donations in memory of Bernie to the Heart and Stroke Foundation.

Share Your Memory of
Bernard
Upload Your Memory View All Memories
Be the first to upload a memory!
Share A Memory
Send Flowers
Plant a Tree