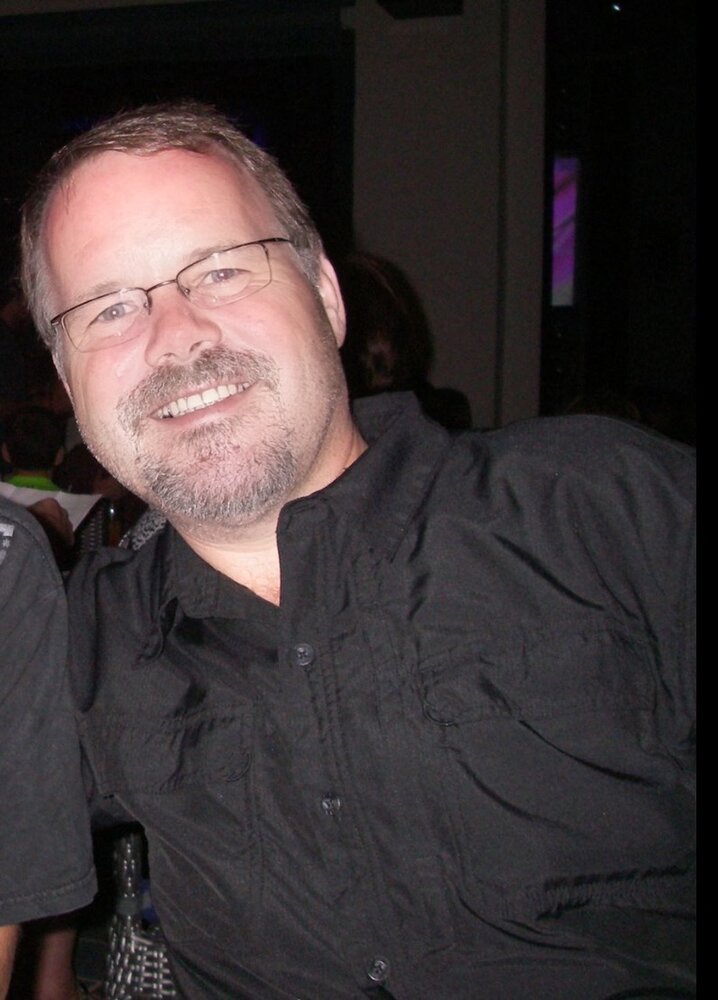 59 years old is too young.  Robert had adventures planned for he and his lovely wife Kimberley and things he wanted to do and experience with his children Thomas, Emma, Audrey and Tristan.   Kimberley and Robert blended their families 10 years ago, and with that Robert gained Mason and Kyle who were not only their sons but also his friends.

Robert was born to Douglas Graham and Katherine Isabel Taylor (nee Garden) on Mother’s Day (May 12, 1963) in Kipling, Saskatchewan.  As the first born he became the big brother to Katherine, Anthony (deceased), Susan and Peter.  Robert was a best friend to his siblings.

On November 12, 1995, Robert’s life changed forever when he became a father to Thomas Graham.  Robert loved being a Dad.  His love of and pride in his children could never be questioned nor ever did it falter.  Two years after Thomas’s birth, came Emma Katherine and then Audrey Grace, finally Tristan Robert made his family complete.

On a beautiful June day in 2015, Robert married the lovely Kimberley Anne Palmer and they lovingly established their lives and continued to make their home in Wolseley.

They say the apple doesn’t fall far from the tree and in Robert’s case this was true as he ventured off in 1981 to study Political Science at the University of Regina.  He soon realized there was a deeper call within him to travel and he ventured off to New Zealand, where he learned about fallow deer.  He returned to Saskatchewan in 1985 and was instrumental in establishing one of the first fallow deer ranches in the country.

In 1991, Robert moved with his then wife to Nashville, Tennessee where 3 of his children were born.  As a dual citizen, he loved the stars and stripes.  Robert did well in the hospitality industry working for the Aldi Food Chain and then with the Opryland Hotel.   After the birth of his third child, the family moved back to Saskatchewan to be closer to extended family.  Robert took a managerial position with the Regina Inn and then was hired as the first General Manager for the Sandman Hotel.  Robert’s personality always shone through as he developed strong relationships through his work supporting Pharmasave stores across southern Saskatchewan.

In 2012, Robert was excelling in his work as the District Manager for the Canadian Federation of Independent Businesses when he had to make the difficult decision to step away from management positions as his health concerns grew.  Robert would joke that he took early retirement but, in fact, his failing heart condition required him to stay close to home and limit his work life.

Robert loved life.  His friends and family knew him as a chef extraordinaire and he loved to post pictures of his latest creations, and yes, he also loved to stir the pot.  Robert’s passing leaves a huge hole in many lives – as husband, Father, brother, cousin and friend.  He was deeply loved and will be greatly missed.

Look inside to read what others have shared
Family and friends are coming together online to create a special keepsake. Every memory left on the online obituary will be automatically included in this book.
View Tribute Book
Services for Robert Taylor
There are no events scheduled. You can still show your support by planting a tree in memory of Robert Taylor.
Plant a tree in memory of Robert

Share Your Memory of
Robert
Upload Your Memory View All Memories
Be the first to upload a memory!
Share A Memory
Plant a Tree