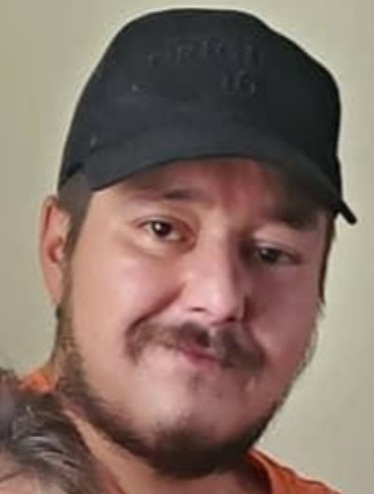 Please share a memory of Damian to include in a keepsake book for family and friends.
View Tribute Book

It is with great sadness that we announce the sudden passing of our father, son, brother and uncle Damian Tyler Anderson.  Damian was born in Yorkton, SK on November 14, 1984 to Brenda Anderson and Daniel Chalus.  He was the youngest of three children, very close with his brother Desmond and sister Damara who are left to mourn.  Damian’s young years were spent in Yorkton, until the family moved to Regina in the early 1990s.  While they moved around a few more times, his desire to live in Regina brought them back to stay.  Damian attended school in Regina and went on to work as a chef at Stat’s and the Pressbox, which he enjoyed very much.  He was blessed to be the father of four children, who are truly his greatest gift.  Being a father was something very important to Damian, and he was very proud of Brooklyn, Leo, Myra and Riley.  They will miss him dearly.  Damian was a great person with a zest for life, who kept everyone on their toes.  He had a favourtie cousin, Christien Le Sann, that he spent a lot of time with working on bikes and hanging with the kids at the park.  Damian loved music, the Dukes of Hazard theme song, and the General Lee.  He also loved the Edmonton Oilers, and his favourite past time was building model cars.  Sadly, Damian was predeceased by his grandparents Peter and Evelyn Anderson; father Daniel Chalus; uncles Maynard and Mervin; aunties Freida, Reida, Joanne, and Yvonne; and a very close cousin Rodney. Damian leaves to mourn, his mother Brenda Anderson; brother Desmond (Josephine)Anderson; sister Damara Anderson; wife Beth and their children Myra and Riley of Regina; his ex-wife Elyse and two children Brooklyn and Leo of Edmonton; Uncle Merle and Auntie Esther Anderson; as well as nephews, nieces, cousins, and friends that were also his brothers and sisters. There will be a come and go viewing from 5:00 to 7:00 p.m. on Saturday, September 10, 2022 at Paragon Funeral Services, 521 Victoria Avenue, Regina, SK.  A Celebration of Life will be held at 10 a.m. on Tuesday, September 13, 2022 at Broadway United Church, 105 Broadway Avenue, Regina.  Interment to follow.

“Good-byes hurt the most when the story wasn’t finished”

Share Your Memory of
Damian
Upload Your Memory View All Memories
Be the first to upload a memory!
Share A Memory
Send Flowers
Plant a Tree