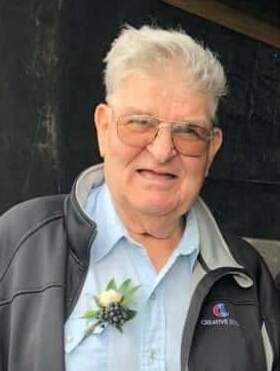 Please share a memory of Don to include in a keepsake book for family and friends.
View Tribute Book

Don was born in Indonesia on the island of Java on February 16, 1938. He immigrated to Canada in 1955 at the age of seventeen. Don worked on many farms in the Regina area before becoming a taxi driver and working until his retirement.

Don is survived by his wife Rose; eight children Bill (Dianne), Jeannie (Brian), Patti (Daniel), David (Gina), Lucas (Dawn), Suzy (Graeme), Kathy and Edward; as well as thirteen grandchildren and two great-grandchildren. He was predeceased by his parents, father Goedman and mother Jeannette; brother Herman and his wife Leni who are all from Holland; grandson Sykora Pinay; and granddaughter Siobhan Preston-Deitner.

Share Your Memory of
Don
Upload Your Memory View All Memories
Be the first to upload a memory!
Share A Memory
Send Flowers
Plant a Tree