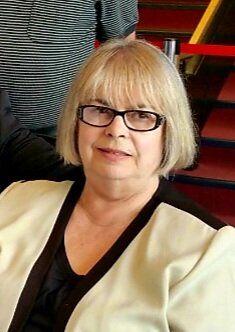 Please share a memory of Tryphena to include in a keepsake book for family and friends.
View Tribute Book

Tryphena Christina Van Loosen (nee Hoemsen) of Riverhurst, SK passed away peacefully on Thursday, July 28, 2022 at 6:15 a.m. in the Central Butte Manor after ending her battle with cancer at the age of 73 years.

Tryphena leaves behind her loving and dedicated husband of 47 years, Gregory Van Loosen (Ernfold, SK). Gregory was by her side every day through her battle, until her spirit left this world. Tryphena had three sons: Blaine Collins and his children Mark and Bradley; Bradley (Carol) Collins and their children Victoria, Ashley and Blake; and Bryce (Kerri) Van Loosen and their children Adler and Nash.

Tryphena was born June 10, 1949 to Dorothy and Hugo Hoemsen in Regina, SK. She later moved to Grand Coulee then to Pense and made her final home in Riverhurst, SK. Tryphena had three brothers and one sister; Norman Hoemsen and his children Jeremy and Ryan; Victor Hoemsen and his child Lindsey; Heather (Raymond) Young and their children Louiselle and Lysanne; and Peter (Pat) Hoemsen  and their children Dylan and Brittney; as well as many great nieces and nephews.

From the very start, Tryph was a thoughtful and caring person. She always had time for family and friends whether it was providing a place to stay, a warm meal or simple advice on the best recipe, garden technique or personal opinion. After raising her family, Tryph took care of others up until she was no longer physically able to do so.

She had a love of animals and was known to take in and care for injured animals or stray pets until they were healed or given a home. She was sure to give Greg the gears when he went out gopher hunting!

Tryph worked various jobs throughout the years ranging from the Sears Warehouse, Data Printing, Kalium Potash to even operating her own painting company. She volunteered on many town committees providing food, helping organize and run the fundraising events.

In the little spare time she had, you would find her tending to her beautiful garden, baking up some treats for the family, building projects with her husband Greg or enjoying a drink on the patio with family and friends.

She was a Wife, a Mother and a Grandma…and she will be missed!

A Memorial Service will be held at 2:00 p.m. on Sunday, August 21, 2022 at the Conexus Arts Centre in the Jacqui Shumiatcher room. Donations may be made in her honor to the Cancer Society, cancer.ca.

Share Your Memory of
Tryphena
Upload Your Memory View All Memories
Be the first to upload a memory!
Share A Memory
Send Flowers
Plant a Tree