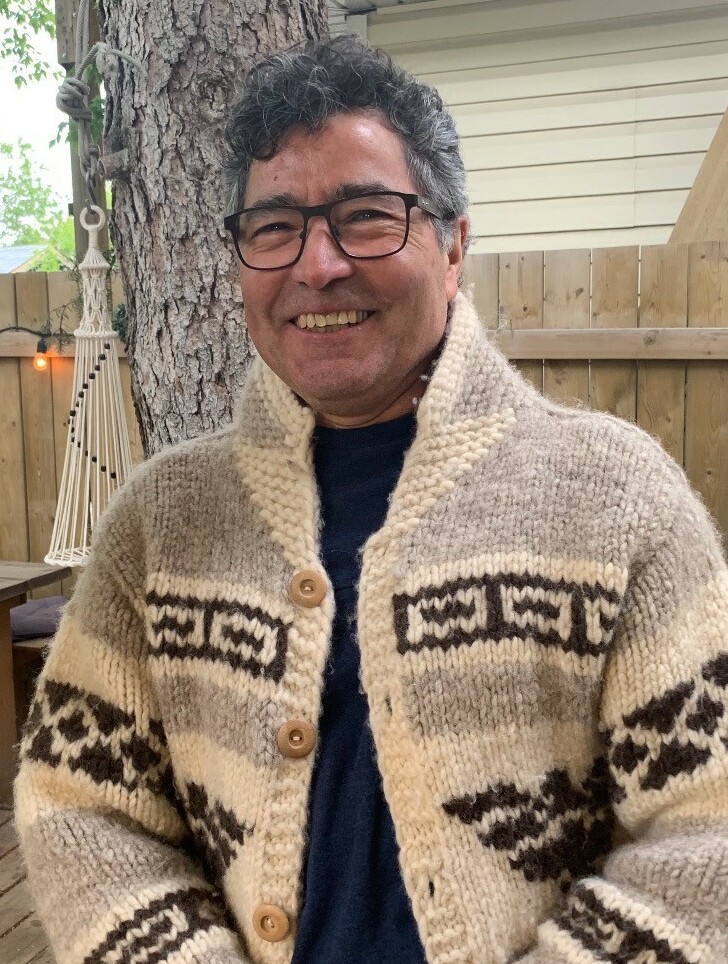 Please share a memory of Ivan to include in a keepsake book for family and friends.
View Tribute Book

It is with sadness we announce the sudden and unexpected passing of our husband, father, grandfather and hero, Ivan Agustin Muñoz, on Monday, August 8, 2022 at the age of 71.

Ivan was born on April 19, 1951, in Santiago, Chile. His childhood was spent with family, playing soccer, and studying to become a technical welder. In 1972, Ivan met the love of his life, Elena, and in 1974 they were married. After the birth of their first child, Ivan pursued his childhood dream of moving to Canada, and on April 1, 1977, his little family of three landed in Regina, Saskatchewan with nothing but $100 in his pocket and a suitcase full of dreams. Ivan knew he was going to create his family a beautiful life here, and thus his working hands began to build. By the end of 1984, the little family of three had grown to six and Ivan and Elena couldn’t be any happier.

Ten days after arriving in Canada, Ivan entered employment at Westank Willock as a tank welder, and he worked there until the closure of the business in November of 1995. From here, he worked briefly at Destech, returned to school to upgrade his skills and in August of 1997, he began working with Advance Engineered Products. 25 years of work, friendships, life changing surgeries, and seven grandchildren, Ivan happily made the decision to retire, and did so this past September.

In the early years, Ivan’s passion for adventure took the family on numerous camping trips every summer exploring Saskatchewan. Their little tent soon grew to a pop-up trailer and a favorite camping spot in Duck Mountain Provincial Park, but Ivan aways loved to dream bigger. This dream became a reality when his two friends from work, The Stack Brothers, told him of a cabin that had become available in their beach community of Pelican Pointe. Ivan once again fell in love.

Those strong working hands once again began to create, and the little cabin grew into a beautiful home full of memories. Every grandchild, Ivan’s pride and joy outside of his own children, have spent many summers with their grandma and “Tata” at the lake, even sharing the space with their own friends whom Ivan always remembered and loved to have around. From multiple deck builds, sandcastles, dips in the lake, late night bonfires, watching sunsets over the water, treasured talks... Ivan always made sure your time at the lake was special. The cabin was his favourite place.

Ivan touched the lives of many people with his love for soccer from playing and coaching all four of his kids’ teams at one point in their lives, and to coaching many other players whom he met over the years. Many special friendships and moments for all to look back on and treasure.

As Ivan would always say “Thank you for the memories.”

In lieu of flowers, donations in memory of Ivan may be made to the STARS Foundation, 1441 Aviation Park NE, Box 570
Calgary, AB T2E 8M7

Share Your Memory of
Ivan
Upload Your Memory View All Memories
Be the first to upload a memory!
Share A Memory
Send Flowers
Plant a Tree