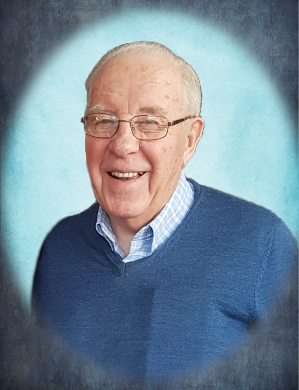 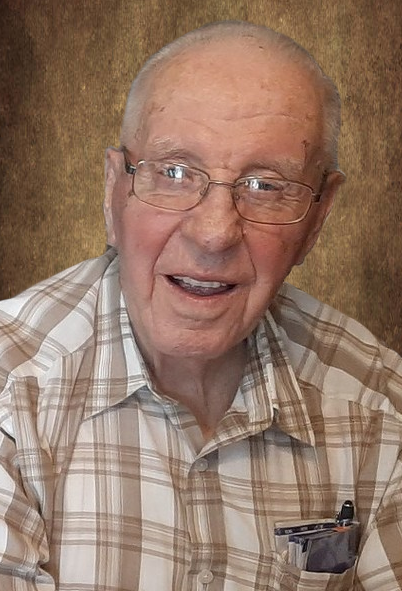 John was born in 1935 in Moose Jaw, SK, the third child to Jule and Karen. After living on farms in the Briercrest and Pilot Butte areas of the province, the family settled in the north end of Regina. He worked for the SK Provincial Government from 1957 to 1987, starting his career in Regina as a junior draftsperson in the Community Planning Branch of Municipal Affairs. In 1959, he married his first wife Gloria, and had three children together. In 1960, he was promoted to Chief Draftsperson and later to Community Planning Officer. In 1975, he transferred to the Department of Northern Saskatchewan as a Community Planner II located out of Prince Albert, prompting the family relocation. In 1985, John was again promoted to Manager of Northern Community Planning, a position he held until retirement.  He was always very proud of all the work he did planning with the northern communities of Saskatchewan. He had many memorable adventures during his numerous flights and road trips to northern Saskatchewan due to weather, flat tires, mechanical problems, wildlife, and a host of other encounters.

After taking an early retirement in 1987, John enjoyed golfing at Cooke Municipal Golf Course in Prince Albert, where he realized every golfers dream by getting a hole-in-one!  In 1988 he moved to Vancouver and reconnected with Carol, a friend from his Balfour Tech days. John and Carol were married in 1989. He continued to enjoy his retirement in the lower mainland with more golfing which he, of course, enjoyed.

John and Carol loved to travel and were blessed with the chance to see a large portion of the United States and Canada from coast to coast.  His golf clubs were always the first thing packed in the car, whether they were travelling on their annual summer trip to Saskatchewan or one of their longer trips. He was always up to explore a new course.  They also found time to visit Norway to meet the Lere cousins and explore his parent’s childhood homes.  It was there where John was gifted with a wooden bowl that his grandfather had used back in the 1800’s on the farm. It was a gift that meant a lot to him.

He loved visiting and keeping up with all of his grandchildren’s lives and adventures, be it skating, soccer, cadets, ringette, hockey, travel and school. He was especially delighted to become a great-grandfather and to see all those firsts of a little one again thanks to modern technology.

He moved back to Regina in early 2022, as it was always his desire to return to Saskatchewan.

A Funeral Service will be held at 11:00 a.m. on Thursday, August 4, 2022, at New Hope Lutheran Church, 370 McIntosh Street North, Regina, SK. For those unable to attend, a livestream may be viewed at https://view.oneroomstreaming.com/