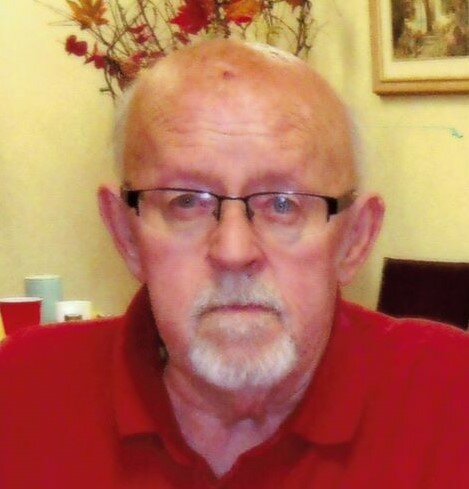 Please share a memory of George to include in a keepsake book for family and friends.
View Tribute Book

George passed away peacefully at Regina General Hospital on the morning of Saturday, May 28, 2022, just two months before his 84th birthday. George was predeceased by his parents, Grace and Richard; sister, Colleen; brother, Ted; and son-in-law, Kim Anderson. He is survived by his loving wife of 38 years, Eva; daughter, Nancy Anderson; and grandchildren, Drew and Sydney. He is also survived by his son, Sean and daughter, Shannon from his previous marriage; and several nieces, nephews and cousins.

George was born and raised in Regina and lived here most of his life. He attended Herchmer, Benson and Scott Collegiate. He worked several jobs throughout his career, most of which involved driving. He retired from his own courier business in the later 1990s.

George’s most recent enjoyment was doing crosswords, word searches, watching old movies and going for ice cream. He was a Mason and a Shriner and spent a few years with the Drill Corp. George loved socializing with friends, having a few beers, and telling jokes. He made friends wherever he went and will be greatly missed by everyone who knew him.

A special thank you to Dr. Kumar and the nurses on 5A at RGH for their care and compassion the last few weeks. In lieu of flowers, donations may be made to the Canadian Cancer Society, cancer.ca, or a charity of your choice. At George’s request, there will be no funeral service. A Celebration of Life will take place at The Serb Club, 2775 Avonhurst Drive, Regina, SK on June 19, 2022 from 2:00 to 5:00 pm.

Share Your Memory of
George
Upload Your Memory View All Memories
Be the first to upload a memory!
Share A Memory
Send Flowers
Plant a Tree