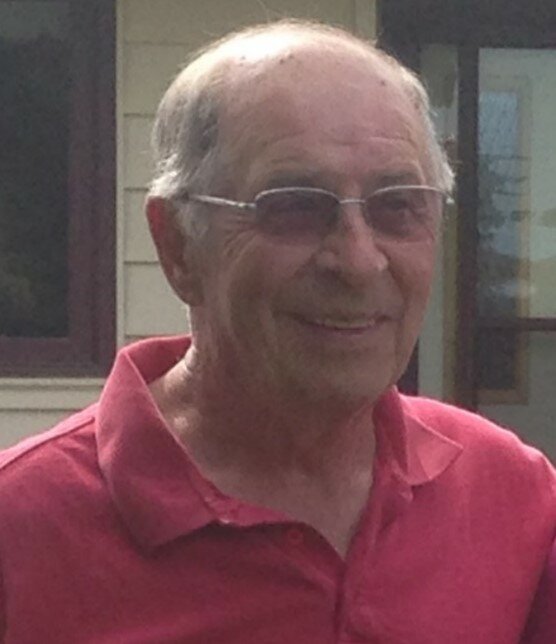 Please share a memory of Dennis to include in a keepsake book for family and friends.
View Tribute Book

Dennis Kukura died peacefully on Thursday, May 26, 2022 at his residence at the Wascana Rehabilitation Centre in Regina, SK.  Alzheimers  may have robbed his family of hearing stories about his golf exploits, fishing adventures, and potato patch success, however, many memories of times spent with Dennis remain.  Born in Hyas, SK in 1941, Dennis’ family moved to Rorkton, MB where he met Irene Gendreau of St. Rose, MB.  Irene and Dennis married in 1965 and eventually settled in Red Deer, AB where they raised their family.  They were blessed with four children Malania (Kukura) and Robert Delcourt, Matthew and Chantal (nee Jones) Kukura, Christopher Kukura and Krisdy Schindler, as well as, Sean and Lori (Wahl) Kukura.

Red Deer was the perfect location for Dennis to pursue his many interests:  curling, boating, fishing, golfing, and gardening.  When not enjoying these hobbies, Dennis worked at Uncle Ben’s RV Centre and gave his time as a member of the Knights of Columbus at Sacred Heart Roman Catholic Parish.

After retiring from work, Irene and Dennis moved to the lake at Fort Qu’Appelle, SK.  They became parishioners at Our Lady of Sorrows Roman Catholic Church.  Dennis joined the Lions Club and participated in community projects and events.  He embraced his role as grandfather.  Dennis leaves behind Sydney and Tyler Delcourt, Elodie and Amelie Kukura, Kasper Kukura and Miguel, Gabriela, Emmanuelle, Rafael, and Tobias Kukura.  Dennis was nicknamed ‘Grandpa Pepper’ because of the peppermints the kids could always find in his pocket.  He shared his love of fishing and boating with his grandkids.  Dennis was always game to take them tubing and ready to fire up the BBQ for post lake hotdogs and hamburgers.  With Irene, he made Fort Qu’Appelle a great destination for family fun.  And, Dennis enjoyed watching his grandchildren’s basketball games cheering them on at their tackle football games.

Having been diagnosed with Alzheimers his safety needs increased requiring much supervision.  He first lived at Tatagwa View Care Home in Weyburn, next Pioneer Village in Regina, and finally the Wascana Hospital.  During the past two years, Dennis gradually succumb to the disease despite the quality care and compassion he received from staff at these facilities.

Grandpa Pepper, Dennis, will be missed by friends and family, but he is at peace now and released from the grasp of the disease.  A Funeral Mass will be held for Dennis at 11:00 a.m. on Thursday, June 2, 2022 at St. Anne’s Parish, 1701 Cowan Crescent, Regina, SK.  Irene and family are thankful for the kindness and support they have received from the care home staff, Paragon Funeral Services, St. Anne’s Parish, friends, and family.  A donation to the Alzheimer Society of Saskatchewan may be made in Dennis’ honour.  Peace and love.

Share Your Memory of
Dennis
Upload Your Memory View All Memories
Be the first to upload a memory!
Share A Memory
Send Flowers
Plant a Tree