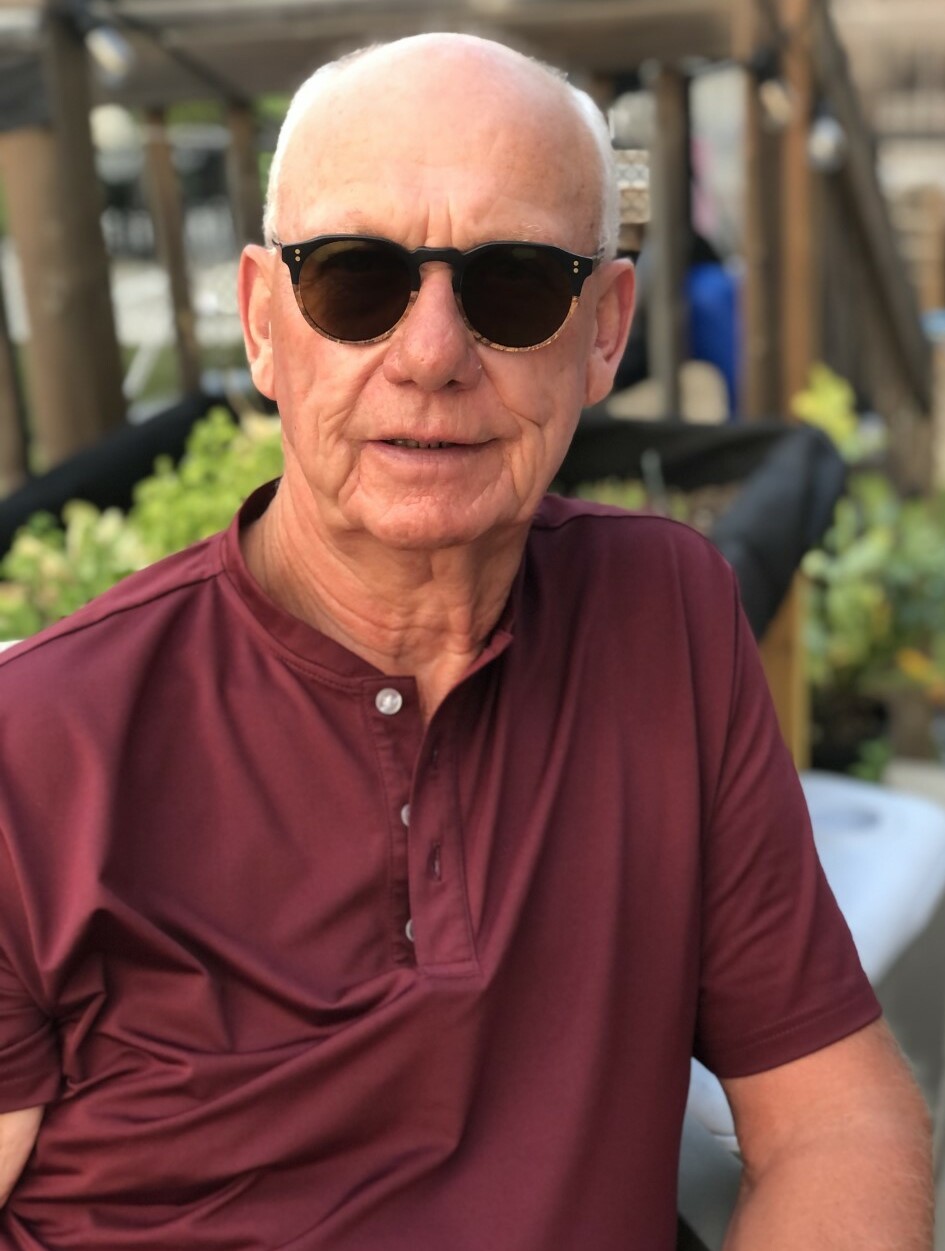 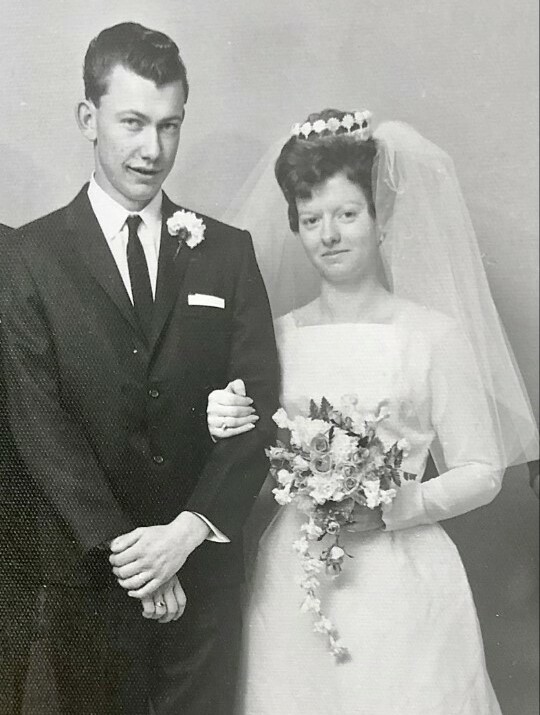 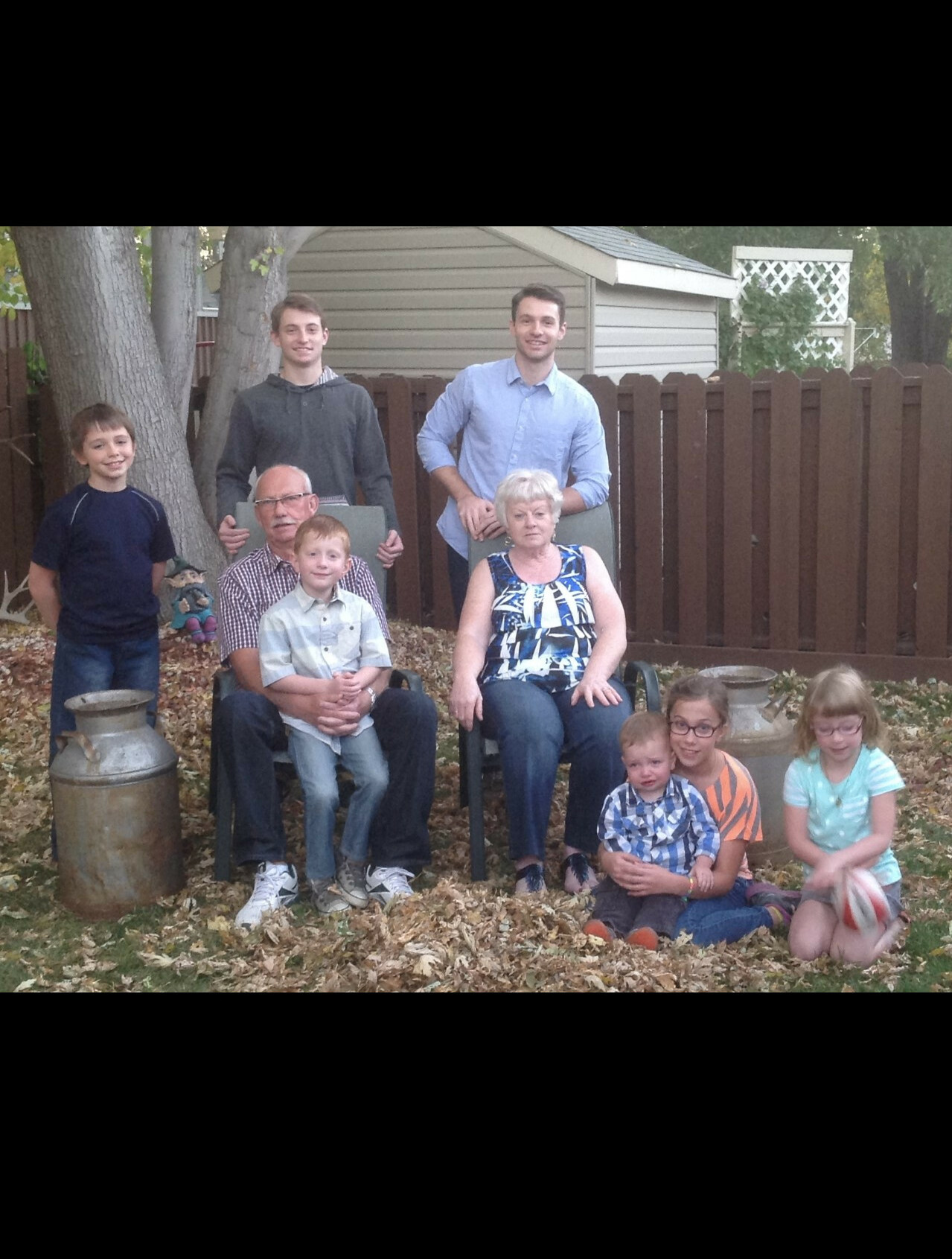 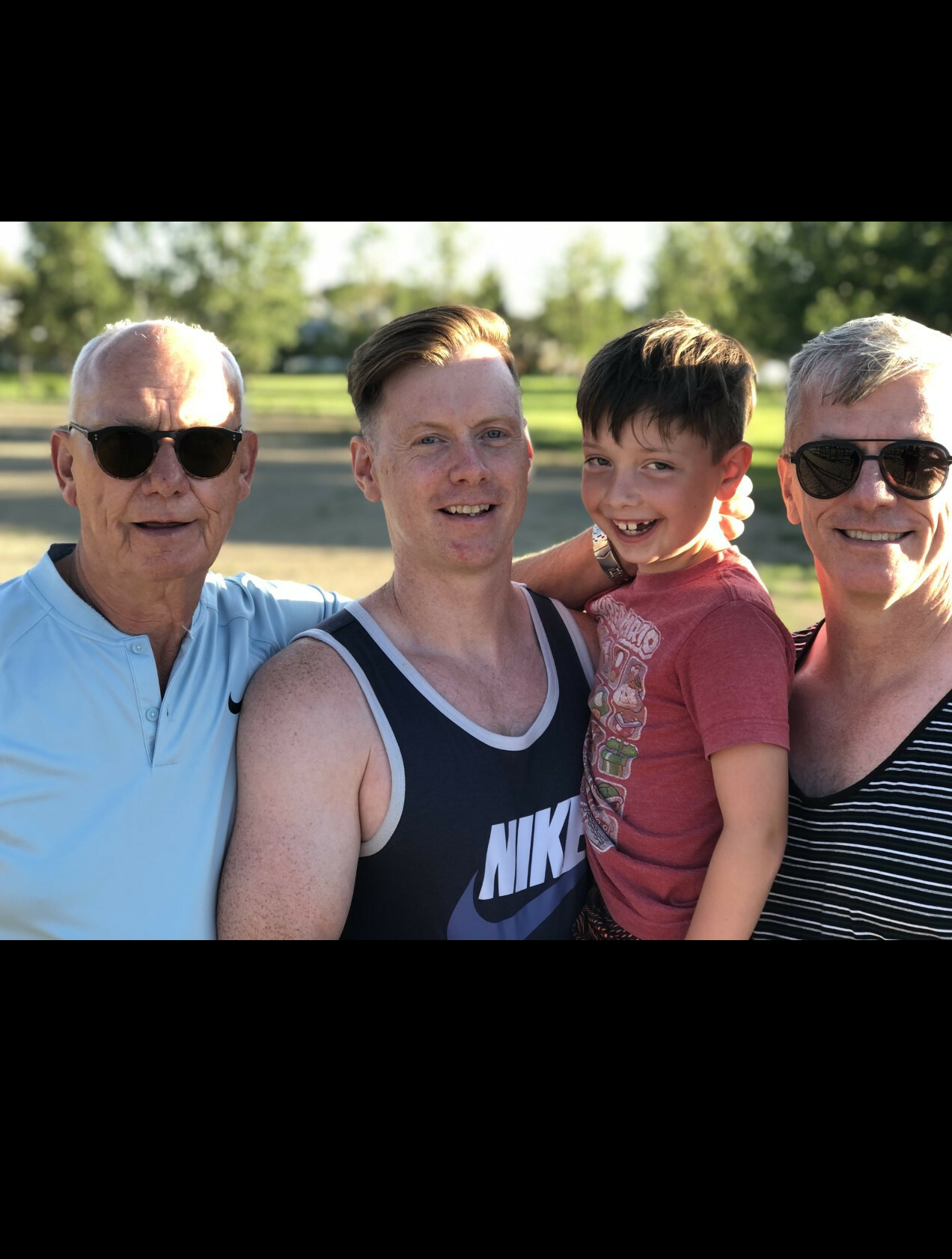 Please share a memory of Gerry to include in a keepsake book for family and friends.
View Tribute Book

Gerald Francis Troy was born and “raised hell” near Mount Forest, Ontario.  He was the youngest of five children born to Joseph and Madeline Troy.

Gerry came from humble beginnings.  The Troys were farmers and the kids were responsible for many, if not most, of the jobs and duties.  This forever shaped Gerry’s work ethic and intense drive to succeed.

As a young man, he set out on a quest to find “the right” woman to share his life with.  Luckily for us, and Dad, he found Shirley Manion… a woman who is always right!  They met in Harriston, Ontario at a Legion Hall dance and their path together was set.  Always being a charmer, an early visit to meet Shirley’s parents led to a memorable family encounter.  As Gerry entered the Manion household to chat with Martin and Mary Ellen, he stepped on a mat set on a freshly paste waxed and polished floor and nearly slid under the dinner table.  As Gerry always did, he lightened the mood of the room by asking “how do you like me so far?”.  Shirley and Gerry were married a year later, and mom was honoured to be his wife for 55 years.

Shirley and Gerry always looked forward to their yearly trip to Ontario to see family and friends.  They spent hours playing Euchre at the Manion family table, laughing while trying to remember which suit is trump.  They took time to relax in the shade of the mature Maple trees on the family farm.  Old Country Music was also a common interest for the two.  They often attended the Shelbourne Fiddle Contest while in Ontario, the Craven Country Music Festival when home in Saskatchewan, and once visited Nashville for a belated honeymoon.

Eventually, they began a family together.  First, they welcomed their only daughter Barbara Madeline into their life.  Next, followed the boys Warren David and Trevor Gerald.  In 1980, Gerry accepted a 5-year transfer to Regina, Saskatchewan and the family of five moved 2,500 km towing a homemade trailer with “just the essentials”.  Shirley, admittedly not the best with numbers, has quipped those 5 years has felt a lot more like 40.

Gerald was a tireless worker who often needed to travel as his sales territory spanned from Manitoba to BC.  No matter how tired Dad was, though, he always had time to play with his children, often catch.  Warren takes credit for inspiring Dad’s love of walking due to his strong, yet erratic, arm.  Warren rarely hit Dad’s glove which allowed the ball to travel great distances. To Gerry’s credit, he always retrieved the ball and returned it to Warren… and then chased the next throw again.

With Barb, Gerry’s patience coupled with his people skills were put to the test as she practiced pitching one day.  One of Barb’s errant throws shattered the windshield of an oncoming, unsuspecting motorist.  Bravely, Barb monitored the negotiation from their living room window, leaving Gerry to calm the motorist and work out a solution.

Gerald’s athletic skills were not limited to baseball as he could shoot a basketball as well.  Dad and Trevor played many games of “21”.  To make things fair, Dad would give Trevor a head start in points but this often didn’t matter.  Once Gerald, and his western boots, got “on a roll” the inevitability of again losing to Dad was realized.

The Troy family grew as the children found spouses and grandchildren began to arrive.  Gerry and Shirley adored their grandchildren and looked for ways to spend time with them.  Grandpa and Grandma took in many activities such as basketball games, football games, hockey games, weightlifting competitions, and singing recitals to name a few.  Gramps was always ready to step up to help the grandkids get to their varied destinations … which often ended in some sort of treat for the lucky passenger(s).

Dad loved family gatherings, the bigger, the better.  Along with the love and laughter he would supply, the pure joy he experienced in these times was very evident.  Whether it was shooting pool in the basement, playing Crokinole at the dinner table, or cards with the little ones, Grandpa was always willing and wanting to be present and play.  He laughed hardest when funny family memories were shared and embellished.

Leaving home at an early age, Gerry worked at many jobs which helped him develop seemingly innumerous trade and people skills.  He had an uncanny ability to perform mathematical calculations in his head, often quicker than it could be done on a calculator.  Gerry eventually settled into the water treatment industry and, due to his work ethic, drive, and skill set, ascended from one role to another.

Beginning at the entry levels of delivering water softener tanks and heavy (50 lbs.) bags of softening salt, he slowly worked his way up through virtually all levels of the industry.  This climb from position-to-position allowed Gerry to develop a nearly unrivalled understanding of both water and the products designed to treat it.  His skill and knowledge in these areas developed to the point that he was able to guide the design of commercial water treatment systems, a task typically reserved for those with an engineering background.

Beyond his technical knowledge, Dad had a natural warmth with people providing customer service in a way he would want to be treated.  His quick wit and positive outlook put people at ease.  This was always appreciated and over the years many of his customers became friends.

Gerry had a fascination with cars and enjoyed owning a “diverse” selection of vehicles over the years with the quality of vehicle improving as time went on.  He enjoyed relaying stories of early vehicles including one that required a wooden block to support the drivers’ seat due to the rusted floorboards, another in which flames blew up between his legs, and other nice vehicles that had tragic, yet funny, endings to his beloved kids and grandkids.  These seemed so far-fetched to the family when compared to his current vehicle that has never seen dirt.

Gerry placed a high value on his health and invested time in exercise.  He set ambitious goals which he usually exceeded.  For many Winters, Dad walked at the Fieldhouse.  His positive disposition and people skills created many fun conversations with newly made friends and acquaintances at the facility.  He always entered with a goal in mind, x number of laps in y minutes, and he seemingly always accomplished it.  He still worked out with weights and did various stretches to keep his mobility.  These routines were key in allowing him to enjoy such a high quality of life.

Dad was an avid golfer, who donned shorts as soon as the snow began to melt regardless of the temperature.  He played 149 rounds in 2020 and 150 rounds in 2021, proudly shaving his golf membership cost to approximately $9 per round.

Gerald enjoyed daily rides on his brand new step-through frame mountain bike and logged over 3,000 km last summer.  When unable to bike, Gerry laced up his walking shoes and toured Lakewood and Lakeridge.  For many years, Gerry and Shirley could be seen walking great distances together as a form of exercise and entertainment.

Dad was an ardent Saskatchewan Roughrider fan holding season tickets for 30+ years.  He thoroughly enjoyed watching the games and made it a family affair as often as he could.  He was often dressed in Rider gear, thanks to many years of birthday and Christmas gifts, and loved to discuss the team’s performance or personnel.

Gerry was an excellent pool player.  When playing against him, you would often only get one turn.  If you ever heard the phrase “like it had eyes!” rising from the basement you would know Dad had just won another game.

Dad was also a man of faith.  The Troy’s were one of the early families involved with Holy Family Parish, setting up chairs at St. Jerome Elementary School for Saturday evening mass before the church was built.  Gerry began ushering at Holy Family during the St. Jerome days until recently when he stepped aside to create room for others.

Gerry’s sudden and unexpected passing has come as a shock to anyone that knew him.  He was physically fit for a man in his 50s let alone 70s.  He brought pure joy and happiness into any situation and showed no signs of slowing down.  His family is grateful for a life well lived and cherish the time they had with him.

In lieu of flowers, donations to the Regina Food Bank, a program close to Gerald’s heart, are encouraged.

Share Your Memory of
Gerry
Upload Your Memory View All Memories
Be the first to upload a memory!
Share A Memory
Send Flowers
Plant a Tree