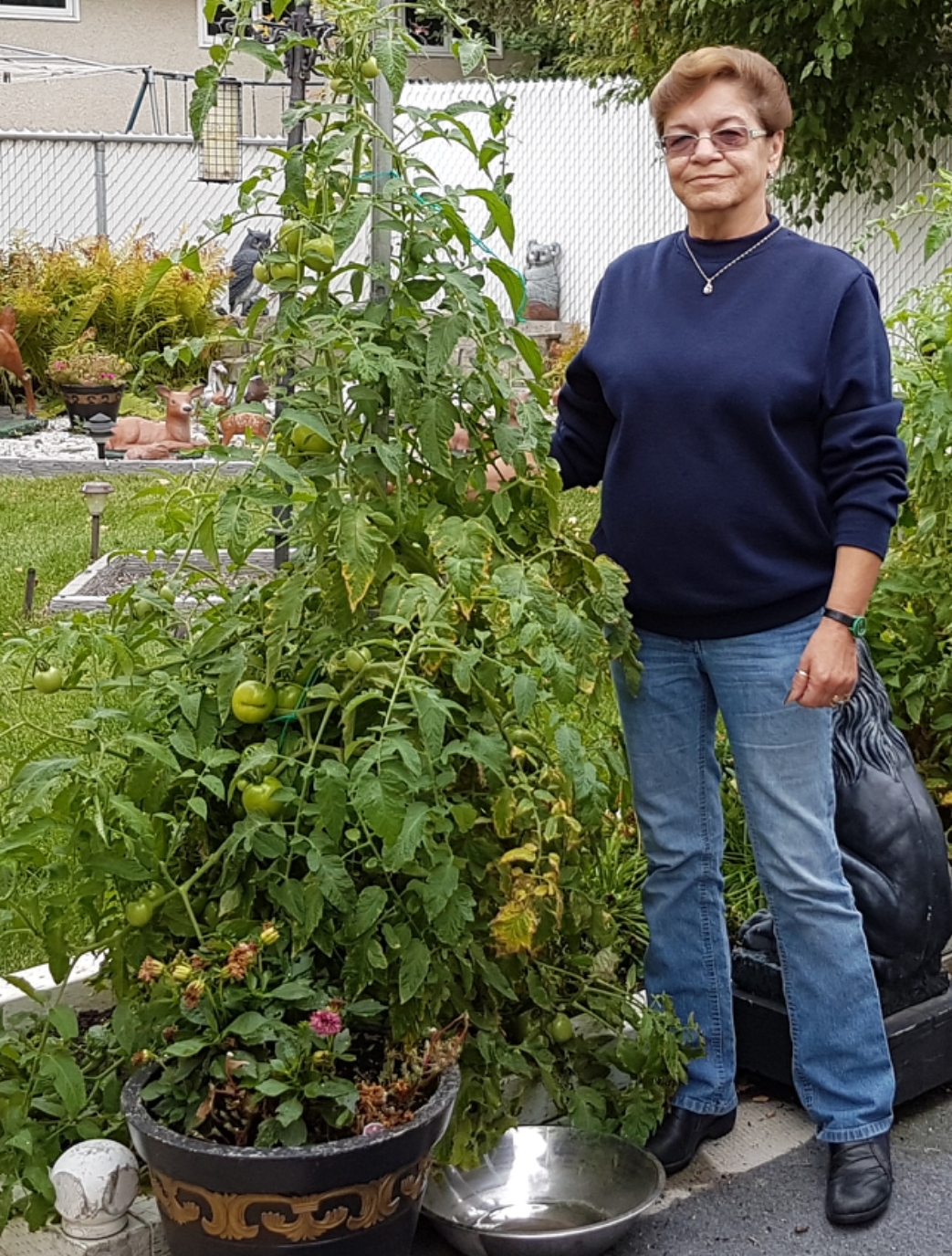 Please share a memory of Shirley to include in a keepsake book for family and friends.
View Tribute Book

In 1972, on her birthday Shirley became a wife, marrying her best friend, Ben. Their first trip as a couple was their honeymoon to Texas in Ben’s 1968 Camaro. Later adventures included traveling across Canada and the United States, with the highlights being Hawaii, and Las Vegas. Adventures at the Casino would bring mighty wins for Ben, while Shirley would often not do so good. A good day on the lake fishing with Ben was sometimes a friendly competition of who caught the most.

In 1978, Shirley became a mom. Shane and Shirley were very close, spending hours together helping him restore his cars and just hanging out. In 2008, Shirley became Grandma Shirley aka "Bumma". Tyler and his Bumma would laugh and play for hours.

Shirley spent many hours in her backyard screenhouse surrounded by her flowers, overlooking her garden. She enjoyed watching the birds at the feeder and would often hand feed the squirrels. If you popped in for a surprise Pepsi or coffee you would often catch her watching CNN, her favorite channel, or playing the Switch’s Luigi’s Mansion or a Mario game.

Most of all, Shirley loved spending time with all of her family. Countless hours spent sitting around the kitchen table, talking, goofing around, playing cards, drinking coffee and Pepsi. She always had an ear to listen and was always so easy to talk to. We will all deeply miss her.

Share Your Memory of
Shirley
Upload Your Memory View All Memories
Be the first to upload a memory!
Share A Memory
Plant a Tree