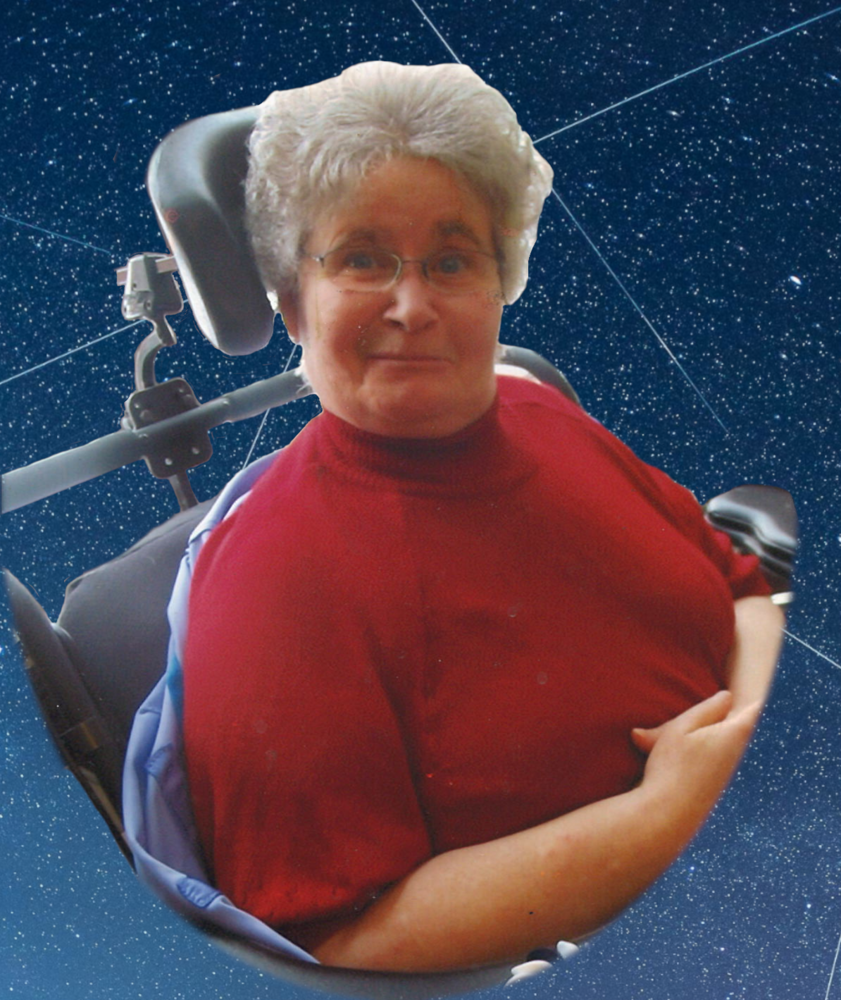 Please share a memory of Bonnie to include in a keepsake book for family and friends.
View Tribute Book

Bonnie died peacefully in her sleep on Thursday, April 14, 2022 at William Booth Special Care Home in Regina. She was three weeks shy of her 70th birthday.

Bonnie was predeceased by her second husband John Currie Stephenson (2017); parents Ethel (1978) and Alex Purves (1986); brother Norman (1950); and brother-in-law John Porter (2019). She is survived by her sons Donald Babey; Jason Babey and children Jaylee, Katie and Alexa; Darryl Babey and children Mason, Michael, Nicole and Dani; and Jared Babey and son Anthony.  As well as, her sister Beverley (Bruce) White, their daughter Kristi (James) Zaretski and family; and sister Betty Porter and her daughter Yana Porter.  Finally, by her first husband Larry Babey; and many cousins spread across the country.

Bonnie was the first of three girls born to Ethel and Alex Purves in Yorkton, May 1952.  She started her family at a young age when she married Larry Babey and shortly thereafter had their first son Donald in 1968, followed by Jason in 1971, Darryl in 1972 and Jared in 1978.

As a young and single-mother, Bonnie, with the support of her close-knit family, raised her four boys until she met and married John Currie Stephenson in 1983.  Bonnie worked at the City of Regina until she was forced to take long-term disability, as a result of Multiple Sclerosis, in the mid-nineties.  Further progression of her MS, and concurrent dementia, resulted in her moving to a care home in 2001.  Bonnie lived in Extendicare Sunset, followed by Regina Pioneer Village, and then finally William Booth Special Care Home for the last two plus years.

The family extends gratitude to the caring staff of the William Booth Special Care Home.  She was exceptionally well cared for the last years of her life. A Family Graveside Service and Interment will be held in Yorkton on Monday, April 25, 2022. In lieu of flowers donations can be made to the Multiple Sclerosis Society of Canada.

Share Your Memory of
Bonnie
Upload Your Memory View All Memories
Be the first to upload a memory!
Share A Memory
Plant a Tree