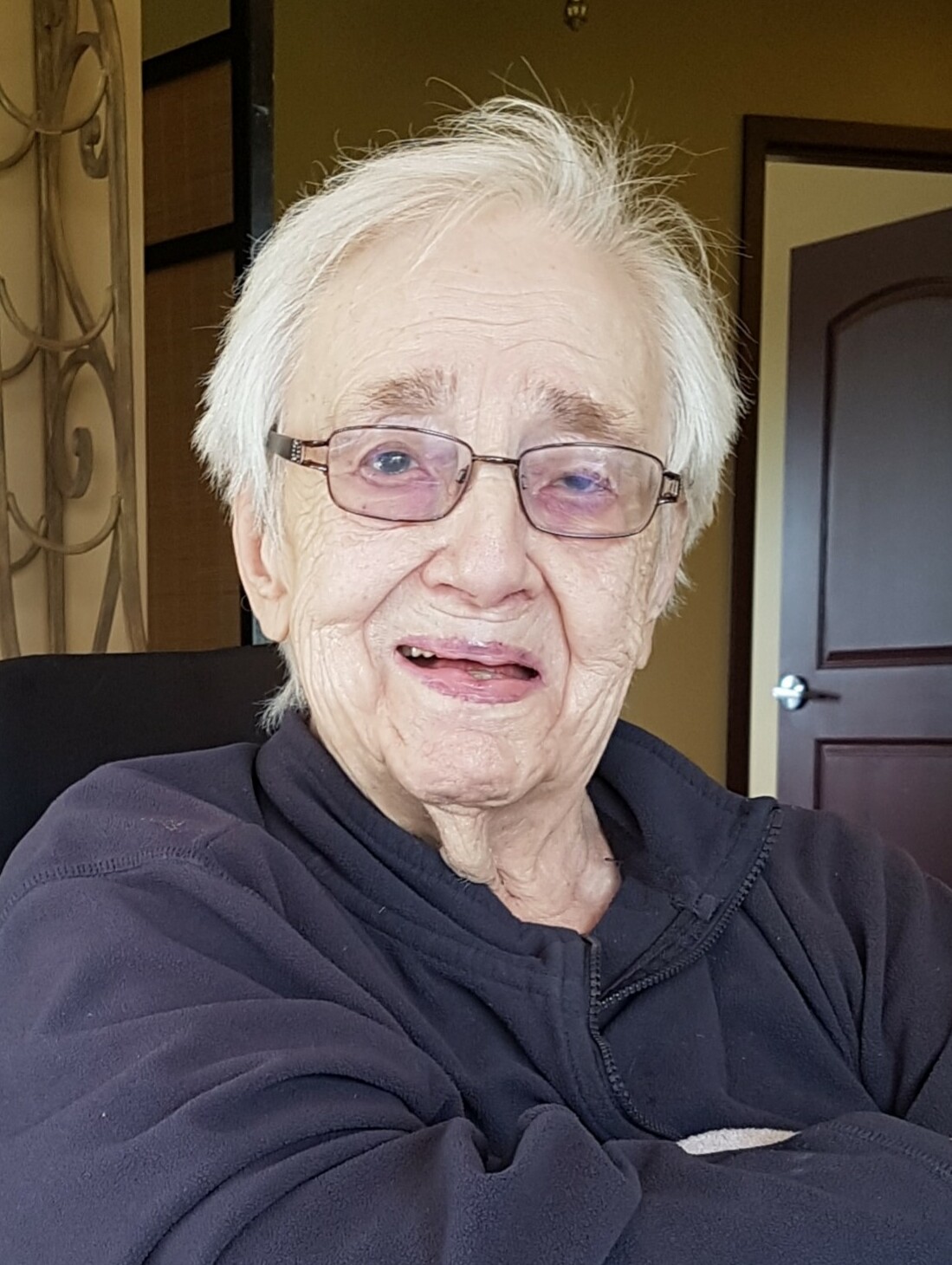 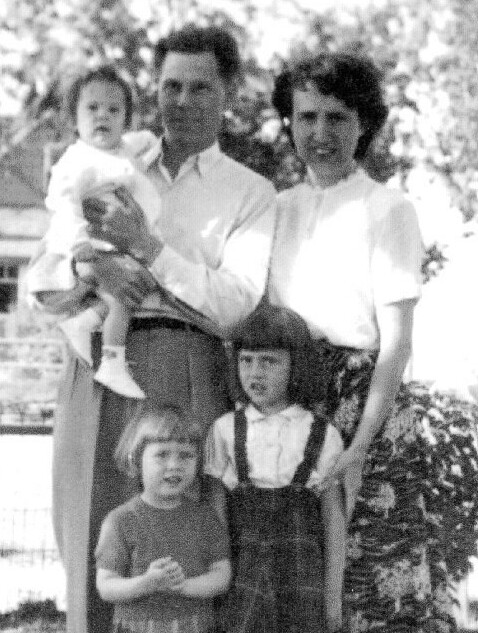 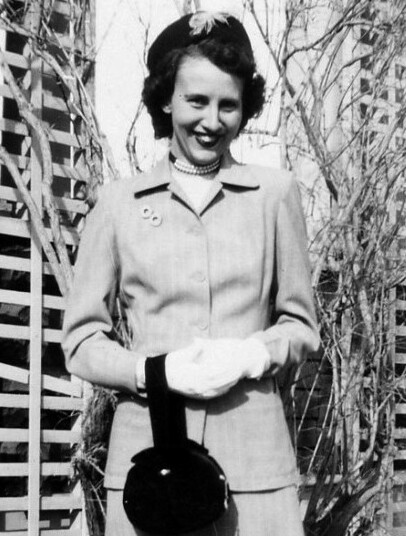 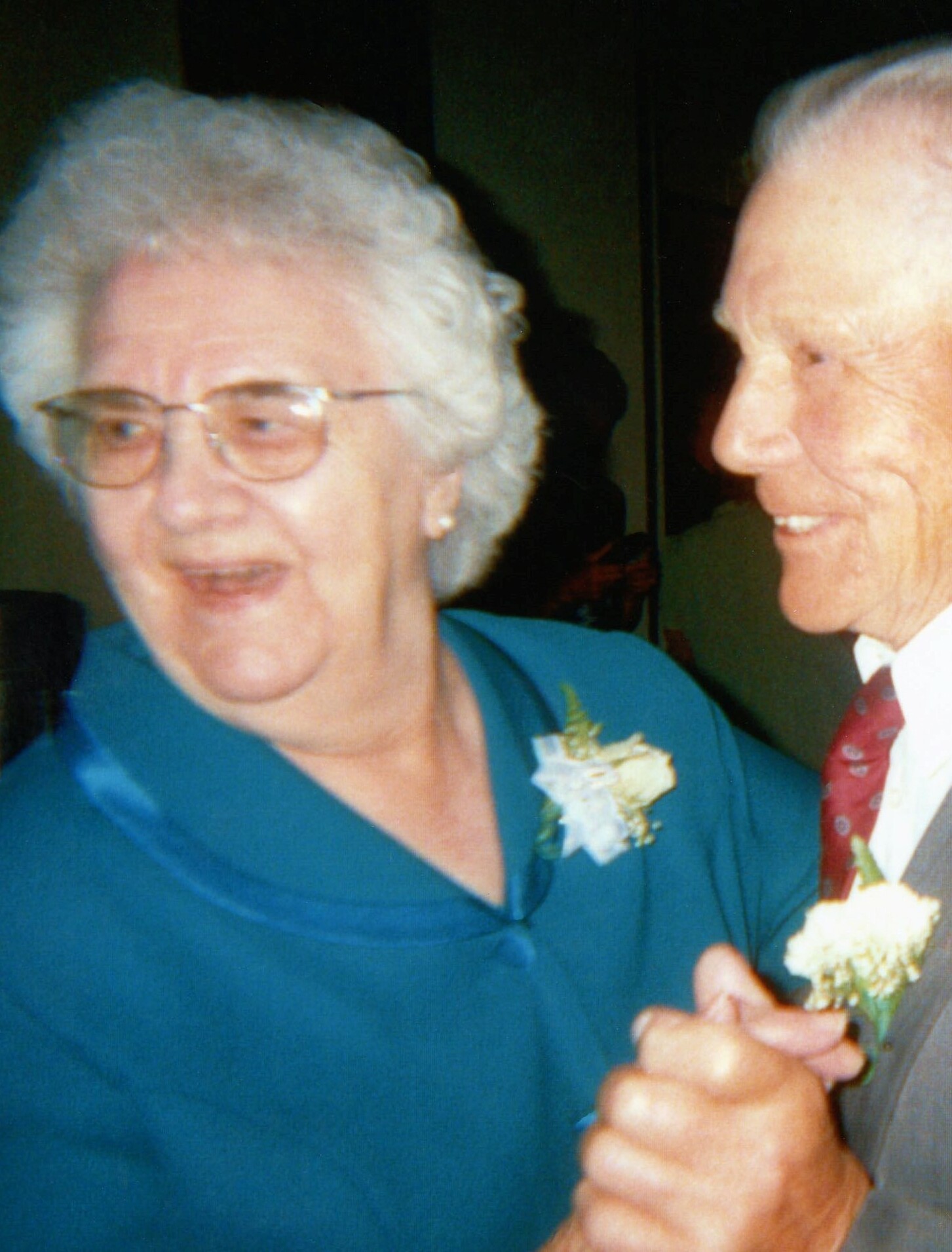 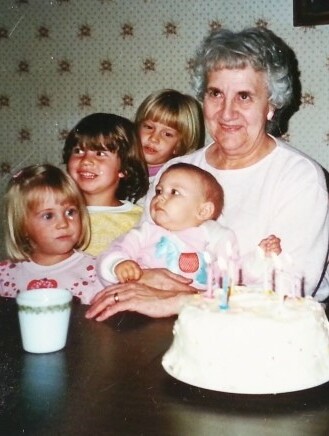 It is with great sadness that we announce the passing of our beloved mother, grandmother, and great-grandmother, Lola Agnes Sharp (Penno) at the age of 101 years. The family of Lola will gather to celebrate her life and comfort one another. Lola’s memorial service will take place at a later date in the Sunset Cemetery, Moose Jaw, SK.  Lola will be reunited and laid to rest with Gord at that time. She lived a long and full life. Her three daughters and three sons-in-law remember mom as a vibrant and talented lady who sacrificed for her family. She had a keen sense of humor. Her grandchildren remember having great fun with her and that she never forgot their birthdays. Her grandson, Jeff, remembers both laughing so hard that her teeth flew out of her mouth. Granddaughter, Amber, remembers grandma making her feel special with comments such as “There she is!” when she walked into a room, as if she had been eagerly anticipating her arrival and now things were right in the world. Granddaughter, Michelle, remembers that grandma took her and her sister to Fabricland to buy material to make them special dresses. It made them feel like princesses! Her great-grandchildren were loved dearly and brought great joy to her life. Thank you to the friends, neighbours, and staff at William Albert House for their friendships and support.

Lola Agnes Penno was born in Nokomis, SK. September 20, 1920. Her family moved to Winnipeg, and then to Moose Jaw when Lola was 11 years old. Even in the “dirty 30’s” there was no shortage of laughter or food for Lola and her two brothers, Leonard and Lawrence. Dad always found work. Lola excelled in school, mastering French, German and Latin. Secretarial courses allowed her to work for SaskPower and then the CPR. With many friends, Lola enjoyed swimming, skating and was active with Beta-Sigma Phi. A favorite Friday night activity was dances at the airbase during the 2nd World War. When Gord Sharp, a family friend, returned home after the war, Lola and Gord married May 15, 1952. Together, they raised three daughters, Diane, Sharon, and Gloria. As a proficient homemaker, Lola sewed her daughters’ clothes, helped with homework and was active in the home and school association. She was also valued legal secretary. She helped fund her grandchildren’s education while giving regularly to Telemiracle, and other worthwhile causes.

Lola and Gord’s great-grandchildren were their delight! She continued to be a blessing to those around her after Gord’s passing in 2015. Her humor, wit and warm touch are fondly remembered.

Share Your Memory of
Lola
Upload Your Memory View All Memories
Be the first to upload a memory!
Share A Memory
Plant a Tree