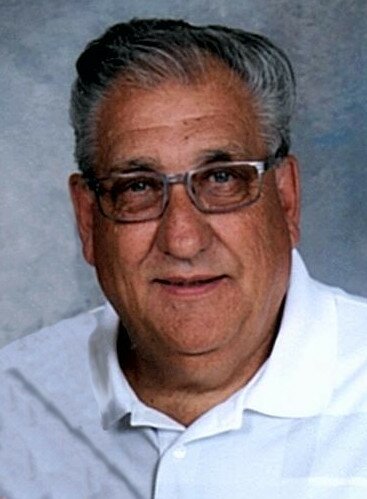 Please share a memory of Ken to include in a keepsake book for family and friends.
View Tribute Book

With a heavy heart, we announce that on Monday, February 7, 2022, Ken Richea passed away suddenly at the age of 73 years old.  He will be lovingly remembered by his wife of 50 years Janette; children Schad (Rosalie Kolstad) and Nathen (Claudia); grandson Elijah; brother Larry (Brenda); niece Stacia; and sister Leeane (Darren) Janke; sisters-in-law Joan (Rick) Heisler and Lillian (Dennis) Langford; nephews Michael (Trina) Langford and their sons Duncan and Emmett,  and Kurt (Amy) Langford and their son Mason. Ken was a friend and “uncle” to numerous others. Ken was predeceased by his father George in 1964; his mother Flora Gherasim (Belan) in 2019; stepfather Bill Gherasim in 2020; and Uncle Eli in 1991.

Ken grew up on a farm six miles north of Dysart, SK. His humble up-bringing and the dire necessity to make things work from impossible odds can be attributed to his attention to detail, always wanting things to look “nice”, and doing regular maintenance so things lasted. Ken was a teacher, a mentor and a friend.  He taught his two boys to tackle problems by stopping, thinking about it, reverse the problem, put it back together, and there’s your answer.  He instilled in his family fairness, a strong work ethic, and to never give up, no matter what the odds are!

Ken met the love of his life 1967 on a chance date to a Drive-In movie. Ken and Jan were inseparable even up until the last day. They were married on July 3, 1971 and were very happy to celebrate their 50th wedding anniversary last summer. Ken’s greatest achievement was his grandson Elijah and he loved spending time with him teaching, listening and joking.  He was so happy to be able to teach Elijah how to ride a bike, see his grandson grow, play sports and go to school.

They say, “It takes a village to raise a child.” We will boldly say, he raised a village! Ken received his Bachelor of Education from the University of Regina and taught school, coached volleyball, and was the Principal at Dysart School for decades teaching generations of students. One of his most rewarding teaching experiences was his last years teaching at Kawakatoose First Nations.  It was in these last years he learned the most, made lasting friendships and garnered a mutual respect with the community and its leaders.  After retiring from teaching, Ken worked as an accountant and had farm clients all over south-east Saskatchewan. This semi-retirement job combined all of his best traits: driving, talking to people, helping people, and solving problems. For the past few years, Ken worked at Paragon Funeral Home and cherished the opportunity to make others feel comfortable in their time of loss. Ken was always the first to help someone in need.

During their semi-retirement years, Ken and Jan spent their winters in Mesa, Arizona, something they really looked forward to.  To make room for the boys to visit whenever we got the chance, Ken worked hard to remodel their home in Mesa Spirit. Whenever he could, Ken also lent a helping hand to others with their homes, bikes, cars, including lending an ear to anyone who needed it.  Ken and Jan enjoyed the sunshine, meeting new people, making new friends and spending time with people.  Even when they moved from Dysart to Regina in 2017, they built friendships with neighbors, and the people they met. Ken always had time to hear your story and see how you were doing, and he was happy to share his story and make connections with people regardless of where they were from.

Ken loved animals, as a youth he had several dogs and when he started his own family had several cats.  He was always there to take care of the animals in our family, including the two kittens that were the latest additions last year.  He was always available and could be counted on.

These past few years, Ken had a knack for going missing in public places.  He would always be found having a conversation with an old friend, acquaintance or someone new he just met. There is no hiding it, Ken was a talker and was not afraid to share his perspective but only after listening to yours first.  He was kind and caring almost to a fault.  Even at the end, he didn’t want any of us to worry about him, he said he was ok.

There’s a fine line between life and death.  Scientists have done well to push back the line but sooner or later there is still an end.  Life starts and life ends. Life can be unfair.  But we know Ken will be in our minds and in our hearts every day.

Ken loved hearing or telling jokes, even when they weren’t really that funny.  But he was also serious and left us with some wise words of wisdom which we would like to share…

Services will be held at a later date. In lieu of flowers, donations in Ken’s memory may be made to Prince of Peace Lutheran Church Memorial Fund, 935 McCarthy Blvd. N., Regina, SK S4X 3L2.

Share Your Memory of
Ken
Upload Your Memory View All Memories
Be the first to upload a memory!
Share A Memory
Plant a Tree