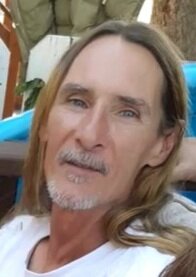 Greg was born and raised in Regina, SK by his father Peter and his mother Marian alongside his brother Michael, all whom he was predeceased by.

He is survived by his son Justin (Mandy) Geml, their children Brooklyn, Ellie and Hunter; Daughter Jenna Geml (Jeff Massier), their children Madison, Jenai and Parker and Daughter Jaycee Geml; and his common-law spouse Tammy Sinclair.

In Greg's younger years he enjoyed playing flag football and drawing. Greg met his children's mother when he was 18 and they took little time to start a family. His son Justin was born in 1982 and then his daughter Jenna in 1985. He moved his family to Vancouver for a short time where his daughter Jaycee was born 1991. Shortly after, he moved the family back to Regina to be closer to family.  Greg was a journeyman painter and his gentle touch reflected in his work.
Greg very much enjoyed sports. His favorite hockey team was the Boston Bruins and he also enjoyed watching Nascar, particularly #4 Kevin Harvick.
Greg was a free spirit who liked to help people if he could. He was a simple man who didn't need a lot to get by, he spent lots of time training his dogs and they held a big place in his heart.
Greg loved playing with his grandchildren and made a positive impression on his family later in his life. Greg will be truly missed.

Share Your Memory of
Gregory
Upload Your Memory View All Memories
Be the first to upload a memory!
Share A Memory
Plant a Tree