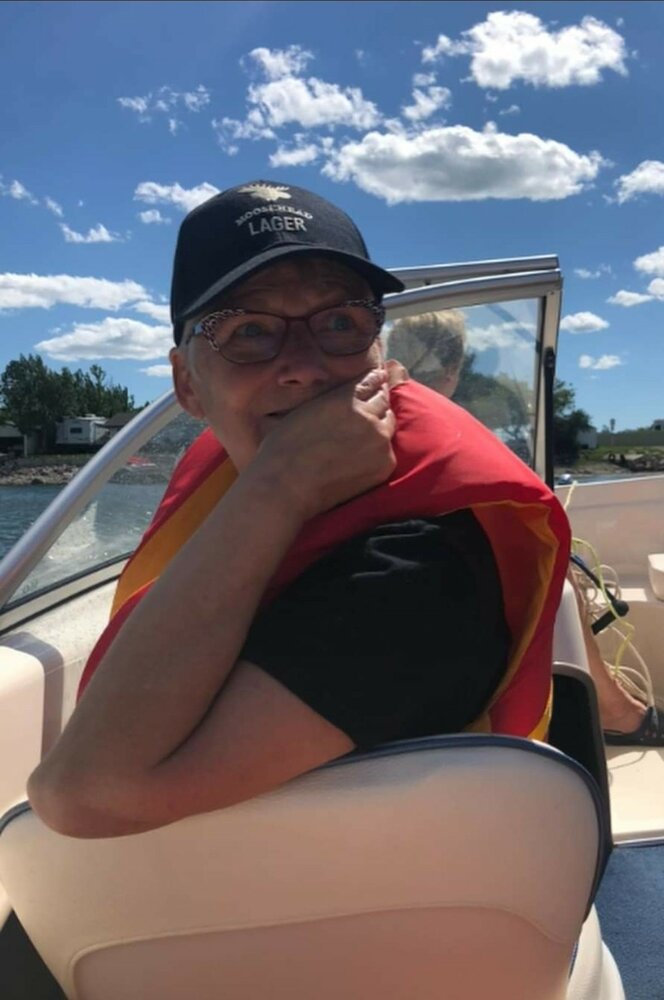 It is with profound sadness that we announce the passing of Lucy Gauthier, beloved wife, mother, grandmother, and great-grandmother. Lucy passed away peacefully on Sunday, October 31, 2021 with her husband, Robert, and youngest daughter, Christine, by her side after a courageous battle with cancer. Lucy was predeceased by her parents, Bill and Ruby Cross; sister, Gwen; and brother, Laurie. Left to mourn are her husband, Robert; daughters Lisa (Rick), Michelle, and Christine; and grandchildren Brittany (Chase), Braydon, Damon (Carlene), and Kennedy (Mitch); brother, Jim (Jo); and numerous nieces, nephews, and friends.

Lucy was born in Regina, SK and was the youngest of four children: Jim (Jo), Gwen (Roy), and Laurie. She met Robert, the love of her life, in North Bay, ON, in 1973, and they were married in a French Catholic ceremony in 1974. They had two girls: Michelle in 1975 and Christine in 1978. In 1976, they moved to Regina, SK where they lived until retiring to Last Mountain Lake.

Lucy loved her grandchildren more than her heart could hold. Spending time with them brought her immense joy, always. Her grandchildren Brittany and Braydon were the apples of her eye, and when our family grew to include her daughter, Lisa, who had been given up for adoption before Lucy met Robert, she was elated to have two more grandchildren, Damon (Carlene) and Kennedy (Mitch). Just days before her passing, she became a great-grandmother for the first time. She was so proud to show off her great-granddaughter, Harper Rayne. Sadly, she never got the chance to meet her in person.

Lucy spent an amazing few weeks fishing, visiting with friends, and being her old, energetic self that we all knew and loved. Once she had said all her goodbyes, she laid down for her eternal rest.

Thank you to her healthcare team who took care of her over the past year. As per Lucy’s request, there will be no funeral. Donations to the Pasqua Hospital Palliative Care Unit may be made in lieu of flowers.

Share Your Memory of
Lucy
Upload Your Memory View All Memories
Be the first to upload a memory!
Share A Memory
Plant a Tree