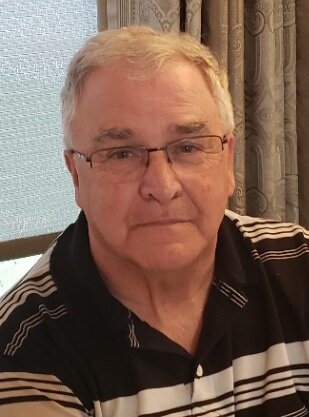 It is with heavy hearts that our family announces the passing of Robert “Bob” Madeley of Regina on Sunday, October 24, 2021 at the age of 74 due to complications with chronic lung disease. Robert was one of eleven children born to Annie and Herbert Madeley of Indian Head, SK. Robert leaves to cherish his memory his stepdaughter June; sisters Ethel (Art) Reynard, Irene (Gerry) Marche, Jean (Keith) Ward, Joan (Harvey) Curts; brothers Herb, Ivan and Al (Mary); sister-in-law Alice Reynard; and numerous nieces, nephews and cousins. He was predeceased by his wife Rita; his parents; brothers George and Edward; sister Isabella; and brother-in-law Allan Reynard.

The family would like to thank the staff at the Regina General Hospital for their compassionate care during Bob’s last days. As per Bob’s request, a funeral will not be held. Flowers will be gratefully declined, instead donations in Bob’s memory may be made to the First Presbyterian Church, 2170 Albert Street, Regina, SK S4P 2T9. Online messages of condolence may be left at www.paragonfuneralservices.com

Share Your Memory of
Robert
Upload Your Memory View All Memories
Be the first to upload a memory!
Share A Memory