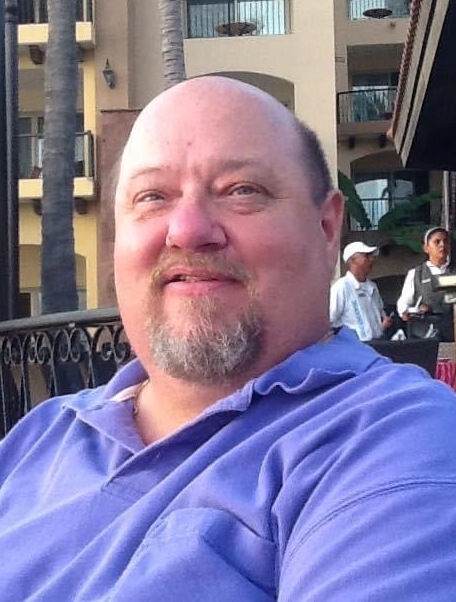 George — husband, father, grandpa, brother, uncle, cousin, friend — so many ways to describe one great man. George was born in Nokomis, SK, on July 27, 1958, the second child and first son of Andrew and Rose Nemeth.

From the very beginning, George was very adventurous; in 1962 the family moved from Cymric to Govan. Needing a garden, George’s dad rototilled a large portion of green space.  His little big helper, George, loved to be wherever his dad was, so as dad rototilled, he walked behind row after row. The area they lived in had many adventurous children close in age and this group of adventure seeking children were very well known. They knew which grandmas had the best homemade cookies and which would share! School brought many more adventures which started right away. One wintery day in first grade, George walked home at about 1:30 p.m., telling his mom he had been kicked out.  Mom phoned and spoke to the principal to ask why a six year old was kicked out.  As it turns out some older students had enough of the younger and told them to “bugger off,” which to a six year old meant “get out of here.”  George’s version of the story was that he just did not want to go to school that day.

George attended Carl Fredrickson School in Govan for Grades 1 through 12 then went to STI, to study Radio and Television Electronics.  After completing his journeymen status, he moved to Estevan and started Nemeth Radio and TV Repair.

It was there in Estevan at the 7-11 he met the beautiful gal who would become his wife, soulmate and lifelong friend, Therese Hanson.  They soon moved to Regina where he eventually started working with CBC. George was very involved with Amateur Radio for many years and very much enjoyed the contests and communicating with people from around the world. George was a very likeable person and had friends wherever he was.

During the last few years, he and Therese travelled to Mexico numerous times, where he enjoyed deep sea fishing and making new friends, whether it was the waiter, gardener, or the people by the pool, he made everyone feel at ease.

George and Therese were married in June of 1980 and moved to Regina in 1981.  In June of 1988 they were blessed with the birth of their first beautiful daughter Elizabeth, “Angel Girl” he called her.  Eight years later, in August of 1996, his best surprise ever arrived — another beautiful daughter Emily, his “Junior Joe.” In 1996, he started his own business, which he eventually relocated to the house.  He so enjoyed working from home and having the time in the day to spend with his girls.

George loved nothing more than spending time with his girls.  Whether it was building Barbie houses out of cardboard boxes, digging snow forts in the front yard, camping out on the deck in the middle of February or building Lego towers, his favourite times were spent with his daughters.  When his oldest daughter was ill in 2015, he never lost faith that she would recover.  He was the rock we leaned on, the shoulder we cried on and the arms we ran to for comfort and solace.

In 2016, Elizabeth married the love of her life, Efstratios and George was blessed with the son he never had.  His life was full and complete.  In 2019, he was diagnosed with serious heart issues and he knew that every day was a blessing. The birth of his granddaughter Ekaterina gave him a renewed will to live. From the first gaze into her eyes he was enamored, and loved every moment spent with her. Many will remember George's love of what he deemed a good joke, but quite often had us all just rolling our eyes at him…

Thanksgiving Sunday was spent with his wife, daughters, son-in-law, and his granddaughter as well as his mom, sister and niece.  Later that evening after everyone had left and the house was quiet, he said, this was a great way to spend the day!

He lived a life that mattered

Share Your Memory of
George
Upload Your Memory View All Memories
Be the first to upload a memory!
Share A Memory
Send Flowers
Plant a Tree