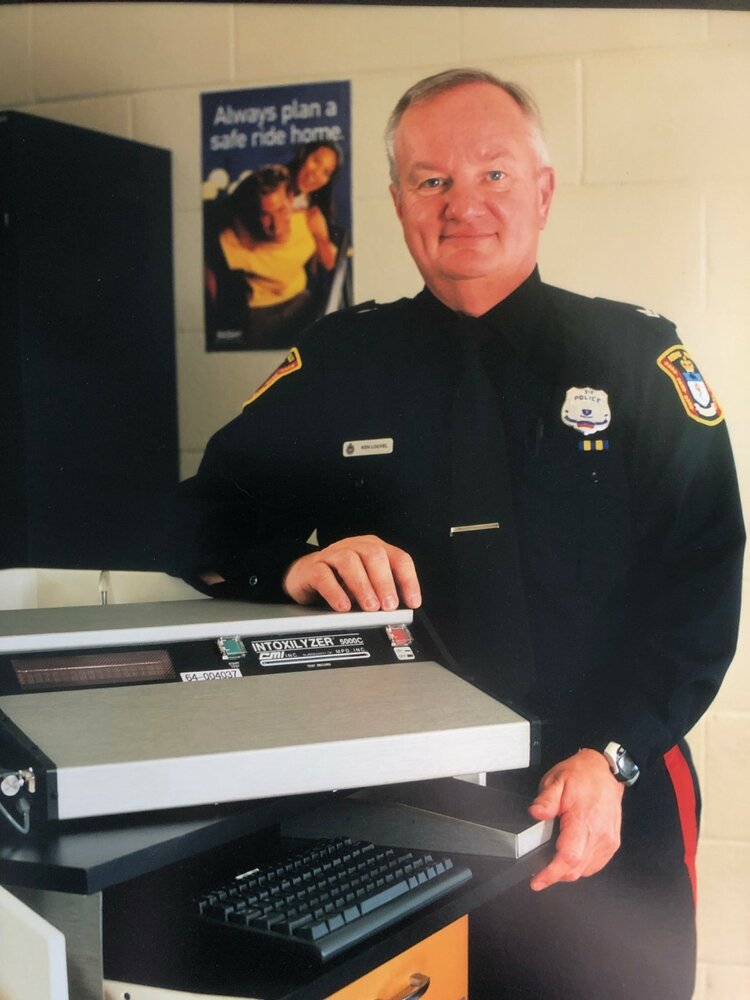 LOUVEL, Kenneth William of Regina, SK passed away September 29, 2021 in the Pasqua Hospital after a lengthy battle with cancer and associated health issues.

Born March 15, 1952 in Sudbury, ON to George and Vera Louvel, Ken was the youngest of five. Fortunate to meet the love of his life early on, Ken and Lois were married in 1971 with a daughter and son following along shortly thereafter. In 1974, he followed his calling to help others, joining the Sudbury Regional Police. In 1979, the family relocated to Regina, SK where Ken went on to complete 25 years as a dedicated and distinguished officer with the Regina Police Service prior to retiring in 2004.

As with many police officers, Ken liked to stay busy when off duty. Starting with landscaping their new house in 1985, Ken went on to help friends and neighbours with their landscaping, ultimately owning or being part of several landscape companies over the years. The day before his last hospital stay, he was out helping neighbours cleaning up their yards after the hailstorm that hit NW Regina.

Ken enjoyed being outdoors gardening or helping others with their yards. Holidays were mainly back in Ontario catching up with family and lots of games of Canasta, or the annual trips to Laughlin with Lois once the kids were out of school. An avid Rider fan, family knew better than to call or pop in during a Rider game.

At Ken’s request, there will not be a funeral service and his remains will be cremated and spread at a future date. Donations can be made in lieu of flowers or tokens of remembrance to the Cancer Foundation of Saskatchewan: http://www.saskcancer.ca/donate-link

The family would like to thank the doctors, nurses, and staff at Pasqua Hospital, as well as the care providers at the Allan Blair Cancer clinic for their care and compassion, especially in the current difficult climate.  The dedication and patience of health care providers is a blessing.

Services for Kenneth Louvel
There are no events scheduled. You can still show your support by planting a tree in memory of Kenneth Louvel.
Visit the Tribute Store

Share Your Memory of
Kenneth
Upload Your Memory View All Memories
Be the first to upload a memory!
Share A Memory
Plant a Tree