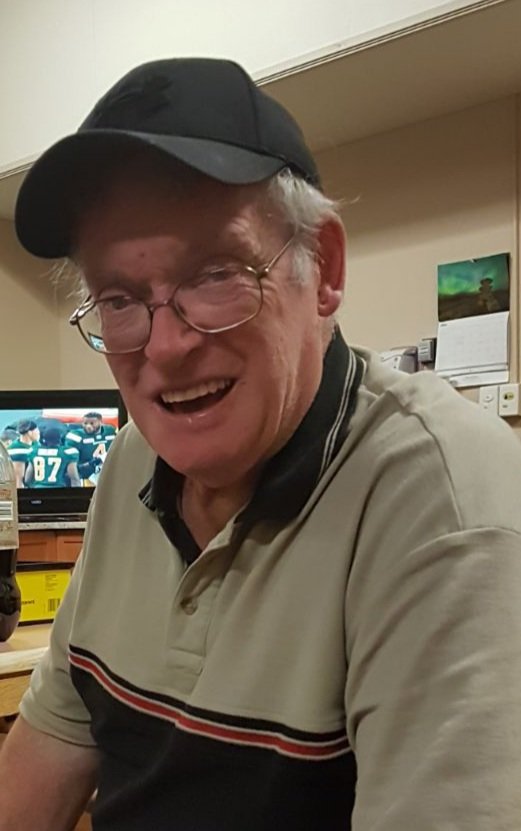 William Stewart Street, age 74, of Regina, SK, formerly of Rocanville, SK, died peacefully in his sleep at home on Tuesday, May 25, 2021. William was predeceased by his parents and his wife Beverly (Maki). He leaves to mourn: his sons Greg (Corrie Holmes), and Travis (Crystal); three grandchildren, Evan Street-Owens, Senja Street, and Joseph Street; his brother Larry (Monica) as well as Beverly’s siblings and numerous nieces and nephews. William “Bill” was born in Cardston, AB, to the late Howard Charles and Enid (Carson) on September 24, 1946 while Howard was working away as a farmhand.  In 1947 they moved from the family homestead outside Rocanville into an apartment in town.  Bill attended Northfield School in Rocanville and then Old Rocanville School after Northfield burned down in 1958. Bill left school at a young age to pursue work interests.  As a teenager he worked at Symons Metalworkers in Rocanville and it is here where his mechanical and engineering abilities sprouted.  After a few years in the machine shop, Bill moved his career to potash mining at the Rocanville and Esterhazy mines.  During his 42-year career he worked in many roles and was able to obtain his journeyman status as an industrial mechanic.  In 1975 Bill moved his family back to the homestead acreage.  Renovating and maintaining the property was a full-time job but there was not a task or problem that he could not overcome.  He also found the time to start and grow a camper repair business where he worked closely with his sons.  Leisure time was spent on camping trips with his family, barbeques and card nights with neighborhood friends and reading books from his extensive library. During the long winters, Bill perfected his drawing skills to become an accomplished artist using his quill pens and India Ink to complete extremely detailed works showcasing wildlife, nature scenes and local architecture.  Bill retired from mining in 2009 and RV work in 2014.  In 2015 Bill and Bev sold the acreage and moved to Regina to be closer to their sons’ families for their final years.  A Celebration of Bill's Life is planned for the summer of 2021.

Services for William Street
There are no events scheduled. You can still show your support by planting a tree in memory of William Street.
Visit the Tribute Store

Share Your Memory of
William
Upload Your Memory View All Memories
Be the first to upload a memory!
Share A Memory
Plant a Tree