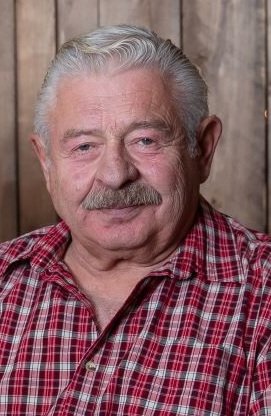 We are deeply saddened to announce the loss of Clarence Joseph Niedzielski of Zehner, SK.  Clarence passed away peacefully on Saturday, May 1, 2021 at the age of 72, after a year and a half long battle with cancer.

Clarence was born on October 17, 1948 in Cudworth, SK and lived in Smuts, SK on their family farm until he graduated in 1967 from Prud’homme High School.  This is where he met the love of his life, Bev.  Soon after graduation, he began working at the Department of Highways as a mechanic and later moved to stores where he worked as a partsman.  In 1971, Clarence decided to join the ranks of the self-employed when he joined Snap-On Tools.  He was a very successful dealer which later lead to his promotion to Field Manager.  Clarence and Bev were married on July 22, 1972 and were ready to begin raising a family in the country.  They purchased a small farm near Zehner, SK and began to build a new life together from the ground up.  While establishing the farm, Clarence also farmed the land, contracted his mechanical services to neighbours and began purchasing revenue property in Regina which he and Bev managed together.

Clarence was truly a jack-of-all-trades so building and repairing things or “bringing the dead back to life again” brought him great joy.  He enjoyed collecting coins, stamps, guns, toys and antiques in general.  From an early age, Clarence had a driving passion for motorcycles, Harley and Indian in particular, along with cars, trucks, tractors and stationary engines.  Clarence always had a special place in his heart for the many trips he and Bev made to Puerto Vallarta, Deadwood and the family cabin at Manitou Beach.

While Clarence needed 20 to 30 more years to finalize some of the projects that he had hoped to, he noted that he had already achieved the most important accomplishments in life.  He had a long and fulfilling marriage, raised three great children, and had succeeded at maintaining his self-employment status.  Most importantly, he had Bev to work alongside and support him in all of their ventures together.

The family would like to extend sincere appreciation to the Allan Blair Cancer Centre, Palliative Home Care and to the entire Palliative Care staff.

A Memorial Service will take place on at 2:00 p.m. on Wednesday, May 5, 2021.   This service will be limited to immediate family only.  The service will be livestreamed at https://youtu.be/85M4R2_E44o. As per his wishes, a party will be held at a later date when it is safe to do so.

In memory of Clarence, donations may be made to the Edenwold Golden Age Seniors, a club where he and Bev enjoyed spending much time together.  Cheques can be mailed to Luella Josephson, Box 61, Edenwold, SK, S0G 1K0.  To leave an online message of condolence, please visit www.paragonfuneralservices.com

Share Your Memory of
Clarence
Upload Your Memory View All Memories
Be the first to upload a memory!