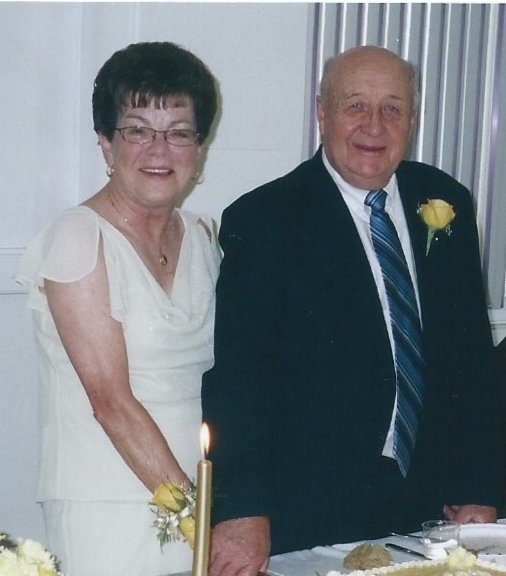 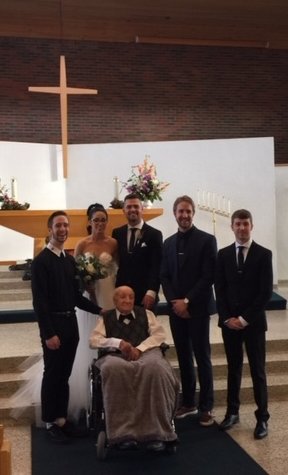 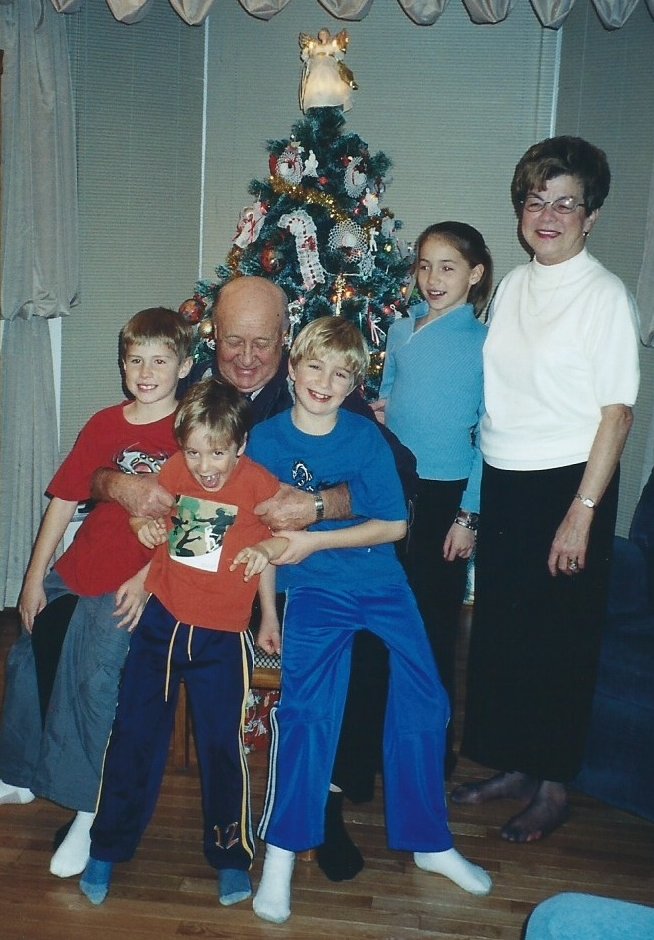 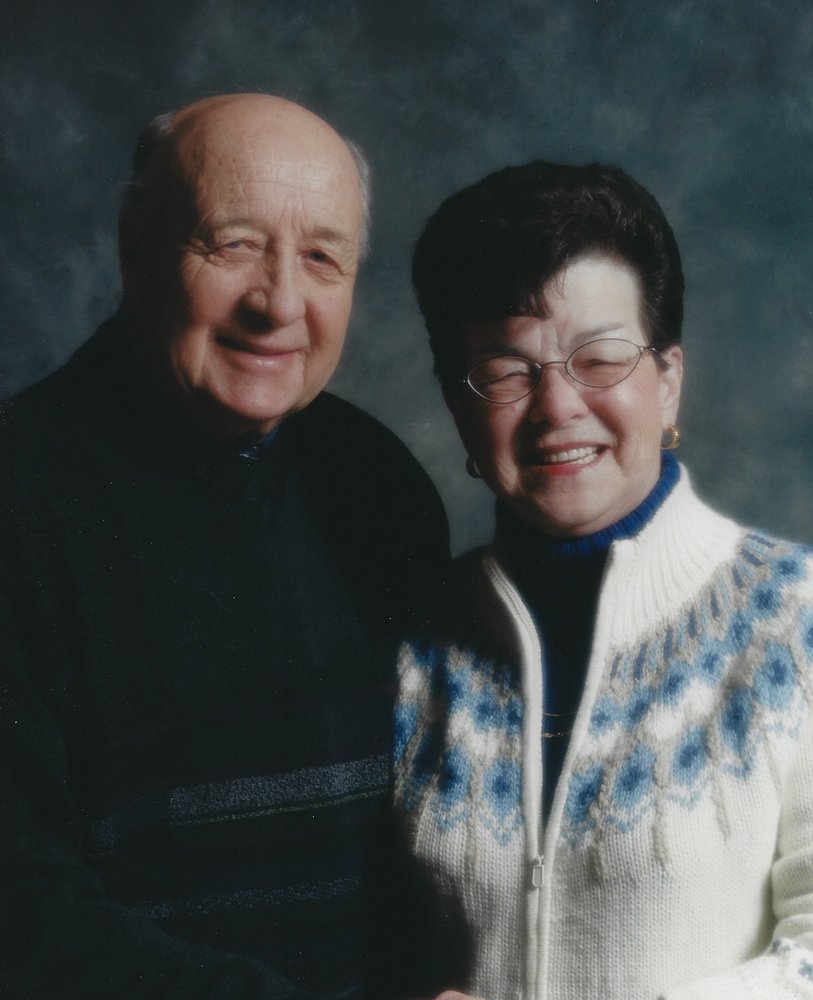 It is with heavy hearts and gratitude for his life that the family of Les Kraft announces the passing of our beloved dad and papa on May 19, 2020. Les leaves to mourn his children Daryl (Darla Pinder) Kraft, Gary (Carol) Kraft and Tammy (Garry) Hubick; grandchildren Bree-Anne (Barrett) Stang, Bryce Hubick, Jordan Kraft and Jonathon Kraft; sister Lynn (Bruce) Merwart; brother-in-law Ken (Bev) Weitzel; and numerous

Les was born in Kamsack, Saskatchewan and lived on the family farm for his youth. He attended Bonny Bank School which was a one room schoolhouse two miles from the farm. Dad was always a whiz at math and forever claimed to have taught the teacher who happened to be his Aunt Ardie. He was also a dedicated ball player along with his brother, Cliff. It was during his youth and days of playing ball that he met his life long friend, Lois Rauckman. Lois would eventually marry Fred Achtymichuk, and Fred and Lois became lifelong close friends to Les and Linda.

Les met his beloved wife of 62 years, Linda Weitzel, at Annie and Leonard Larson’s farm, the Ponderosa, near Kamsack. They married on September 4, 1955 and lived in Kamsack for several years until moving to Melville where they raised their family, Daryl, Gary and Tammy. For 33 years Les worked for the Department of Highways. He was foreman of the maintenance crew at a time when the crews would go out during a storm. He would regularly leave the house at 4:30 a.m. to check the roads and if there was clearing needed he would return home and call in the crew to immediately get out on the roads. Following his retirement from Highways, he worked for 25 years on a local farm hauling grain. Always the kidder, Dad’s highlight on the farm was sitting around the kitchen table early mornings talking and joking with the other farm hands, many of whom were 40 or 50 years his junior!

Dad was an accomplished bowler, loved baseball and was a diehard Montreal Canadiens fan. He loved to play golf and would get in his round most mornings before others had their first cup of coffee. He also golfed frequently at Madge Lake with his long time buddy, Fred. Linda and Lois spoiled those boys as they had a piping hot and delicious breakfast always waiting for them upon their return from an early round of golf. In the mid 1980’s Dad and Mom travelled to the east coast in a motor home with two other couples. The entire trip was mapped out based on golf courses, and much to the chagrin of the women, they would wake up each morning to find themselves in the parking lot of yet another golf course. The men would be gone leaving the girls to make breakfast! They also travelled to Arizona frequently and golf was, of course, a big part of the attraction.

Dad was also an avid and sharp card player. He was not accustomed to losing and if someone else was winning, he would not sit silently! He would invariably have some irreverent comment to his opponent which would result in a lot of laughter and sometimes disbelief.....”you called me what??!!”. Dad would then find himself being admonished by Mom and instructed to apologize for the comment!

Dad was always a very early riser. We never needed an alarm clock to wake up in the mornings. On quite a few occasions when we would be out to visit Dad and Mom in Melville for the weekend, we would have supper and after supper Mom would say “Don’t worry about the dishes, Dad will do them.” This was fine, and Dad always did do the dishes, however, he started at 5:00 a.m. stomping about putting dishes, pots and pans away. To top it off, he’d throw a couple of bags of cans down the basement stairs which caused quite a racket for those people sleeping downstairs! So, most people got up and Dad would be sitting on the couch, reading the paper and drinking coffee. He would look at you with a sly grin on his face and say “the coffee is ready would you like some toast?”

The grandchildren loved their Papa. He was always quick to make them laugh with his quick wit or incredibly strong wrenching handshake! They loved his irreverent sense of humour and good natured jokes.

Dad served on the Zion Lutheran Church in Melville as board president for many years. He was also a regular usher at the Church and often greeted the parishioners with good natured teasing.

Everyone who met Les was touched by his kindness and humour. Entertaining company with good food, good fun and good conversation was guaranteed wherever Les and Linda went. They’d often come to visit the kids with bread and bun pans in tow! They always left our house better than they found it!

In 2009 Linda and Les moved to a condo in Regina to be near their children. They soon made good friends at the condo and spent many a late evening entertaining and playing cards and other games. His sharp mind and memory never failed. In the summer of 2016 they moved to a care home, Coteau Range Manor in Avonlea and in January 2017 moved to William Albert House in Emerald Park.

The family would like to express our deep gratitude for the warmth and excellent care provided to Dad at the William Albert House in Emerald Park. He was referred to as Papa, and the bonds that developed between Papa and the careproviders could be seen in his eyes. Thank you for taking such good care of our precious Dad.

Just a few hours before Dad passed from this world, the fire alarm mysterioulsy went off in his room at William Albert. The staff rushed into the room and no one could explain what happened. Dad, we want to know how you did it?!! One last laugh.

Share Your Memory of
Leslie
Upload Your Memory View All Memories
Be the first to upload a memory!
Share A Memory
Plant a Tree