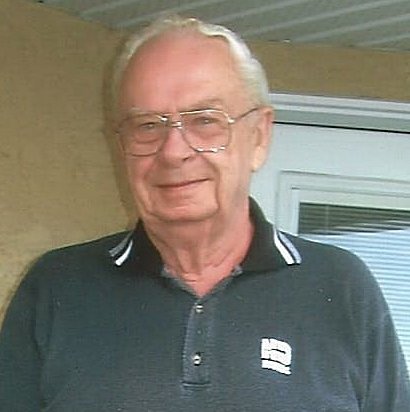 Jim passed away November 20th, 2019 at 90 years of age. He is predeceased by his parents James & Paula Maynes; twin brother Dave, brothers Pat, Joe and Ken; sister Anne Vorreiter; brothers-in-law Leo Faubert, Jack Stewart, Gary Hilts; and daughter-in-law Julie Maynes. He is survived by his loving wife of 63 years Joan; son Bill; daughter Karen (Dion) Moldovan; sisters Bernice Taylor, Mary Stewart, Maxine Hilts, Yvonne Faubert, Helen (Irvin) Lazorko, Kathy (Ken) Triffo; brothers-in-law Joe Vorreiter, Doug (Chris) Garnsey; sisters-in-law Edna, Doreen, and Patricia Maynes; grandchildren Deanna (Tim) Nauta, Garrett (Amanda) Maynes, Kyle Maynes (Sarah), Dylan & Alexa Moldovan; four great-grandchildren Jett & William Nauta, Hannah & Carson Maynes; along with many nieces and nephews who held a special place in his heart.  Jim was a great man with a fantastic sense of humor. He was a skilled handyman, a very hard worker and was adored by all who had the pleasure to know him. He loved spending time with family, especially at the cottage at Sandy Beach with his twin brother Dave, sister-in-law Edna and their families. The twin brothers are reunited again after 30 years apart. All the Maynes boys are now together. We are sure Dad was greeted at the gates with a glass of Wiser’s and a fine cigar. Let the party begin. We want to thank all the staff at Sunset Extendicare who looked after Dad throughout his illness and to all the doctors who have helped him along the way. At his request there will be no Funeral Service but a Celebration of Life in the Summer of 2020. Flowers gratefully declined, however, those wishing to make a donation in memory of Jim can make it to The Lung Association of Saskatchewan, 1231 8th St. E., Saskatoon, SK, S7H 0S5.

Share Your Memory of
James
Upload Your Memory View All Memories
Be the first to upload a memory!
Share A Memory
Plant a Tree