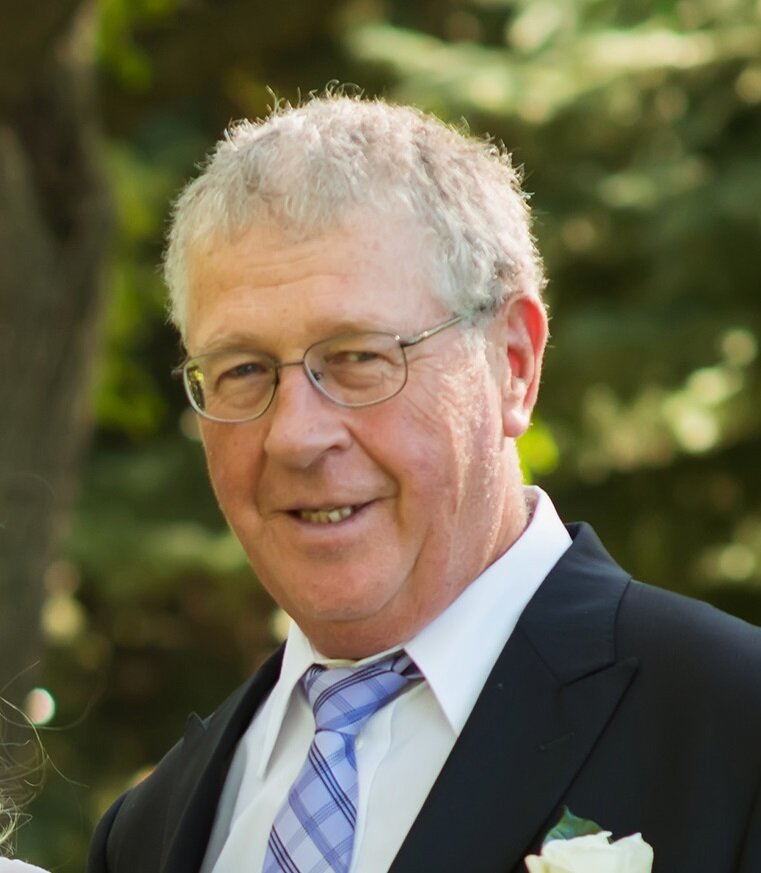 It is with great sadness that the family of Jean “John” Roméo Lambert announce his passing on Sunday, December 4, 2022 at the age of 72 years.

Jean Lambert was born in Ponteix, Saskatchewan on May 29, 1950, to Alphonse and Aurore (nee Houle) Lambert. He was raised on the family homestead with his three brothers and two sisters. They didn’t grow up with much money, but they were able to find joy in simple pleasures such as crêpes, fudge, hockey, ping pong and creatively repairing and bringing to life old equipment.

When Jean finished high school in Ponteix, he enrolled to become an electronics technologist at the Saskatchewan Technical Institute in Moose Jaw. Jean had a keen interest in new and emerging technologies and wanted to be a part of the tech future.

Jean’s first job was with SaskTel in Regina. After some time, he and a friend travelled to the UK to land a dream job in their field. However, their adventure took a pleasantly unexpected turn, which led him to buy a legendary motorcycle, the British Triumph 1971 Bonnaville with a 650cc engine. After a great overland adventure in the UK, he returned to Regina, motorcycle in tow.

He continued his career with IBM, the Plains Hospital, repairing medical equipment and Xerox. In between jobs, Jean was pulled to travel and adventure. His curiosity drove him to travel the world, taking several different trips: Europe, the middle east, Asia, India (a personal favourite), all over the Americas and particularly enjoyed South America. In keeping with his personal way of being, his trips were low budget and included very humble transport and accommodations. Through his travels, Jean developed an appreciation for different cultures, landscapes and monuments around the world.

In the 1970s, Jean met Léona Begrand in the Fransaskois community while square dancing. They fell in love and were married on a beautiful winter day in March of 1982. Jean’s life had changed as his vocation became building and taking care of his family. When Léona went back to work he was thrilled to become a stay-at-home Dad.

He took his new responsibilities seriously ensuring that the children were fed organic produce, had plenty of outdoor exercise, completed their homework, practiced their music and limited tv and game time. His love for travel brought the family on many overland camping adventures.

While at home, in his spare time, he loved to find bicycles, fix them up and find them a new home. He had a knack at fixing almost anything and was often called upon by neighbours and friends to help fix their treasures.

As the kids became independent and created their own path, Leona retired. Jean and Léona entered the next stage of their life. They spent their retired life spending time with family, gardening, travelling and snowbirding. Jean’s winter oasis was South Padre Island, camped on the beach, enjoying sunrises and sunsets.

With the progression of Parkinson’s, Jean remained steadfastly committed to daily walks, spending time with family and getting to know his grandchildren as they were growing.

Jean was a good man and touched many peoples’ lives. He leaves behind many good memories.