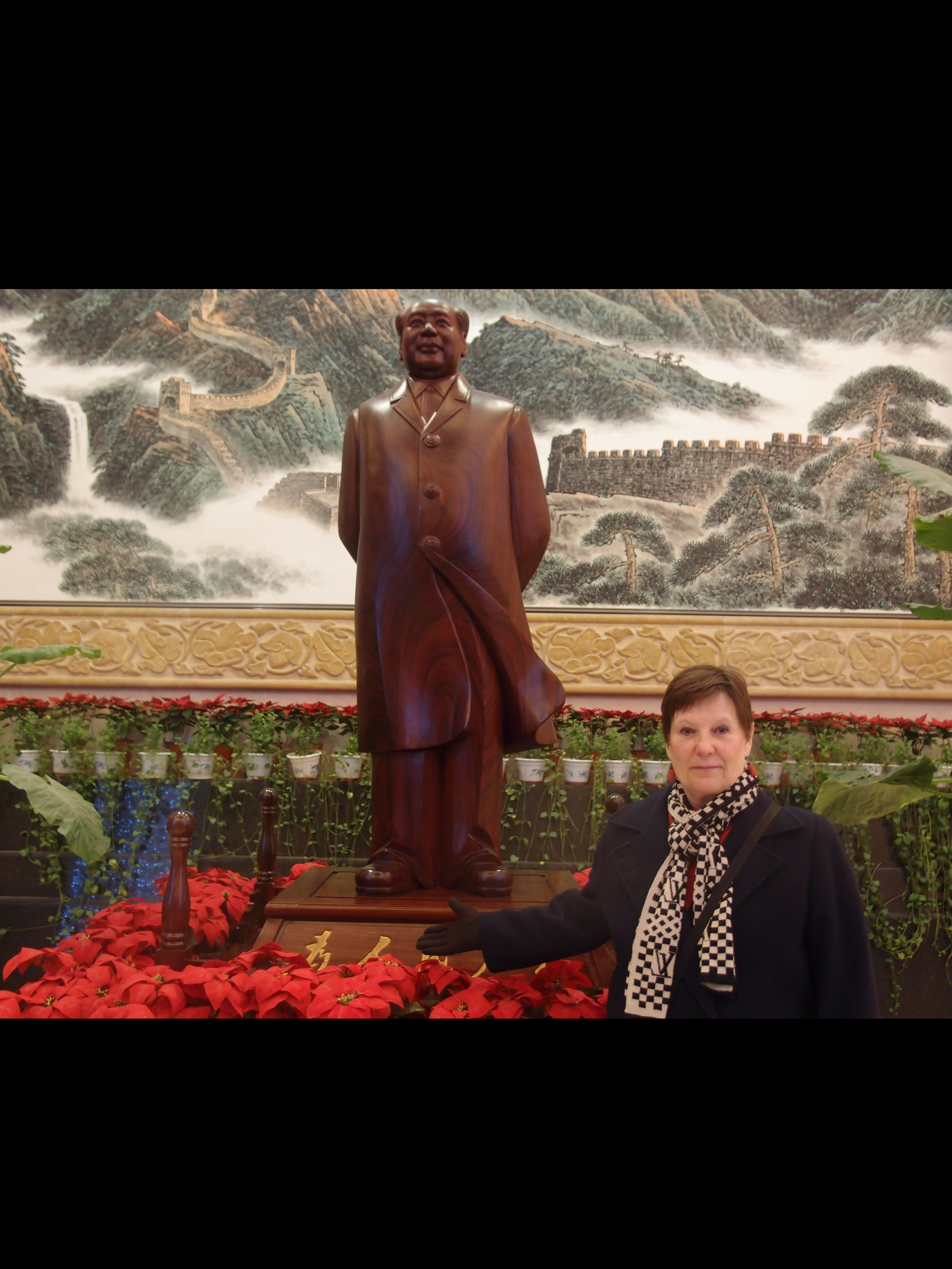 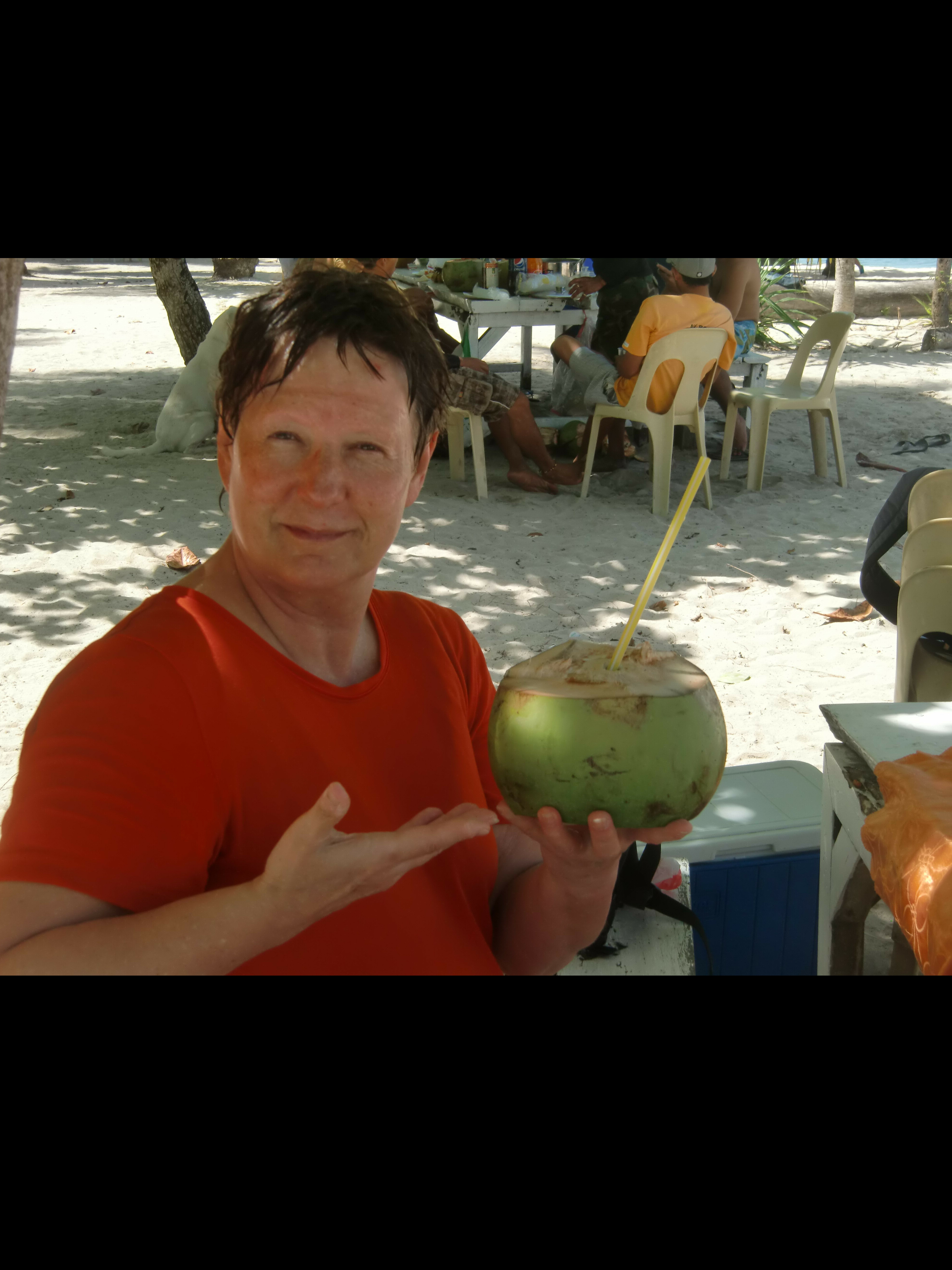 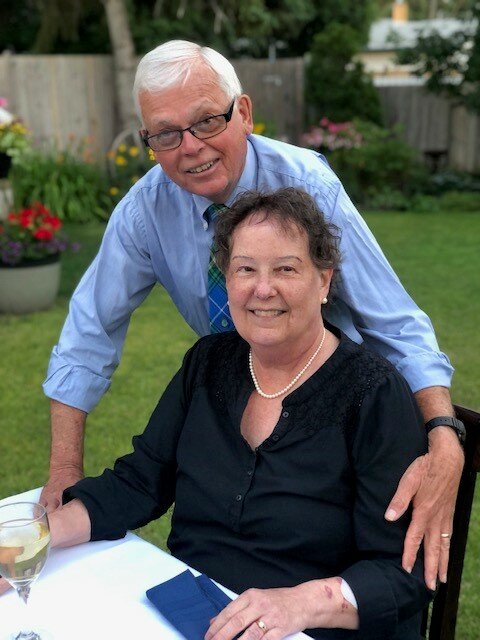 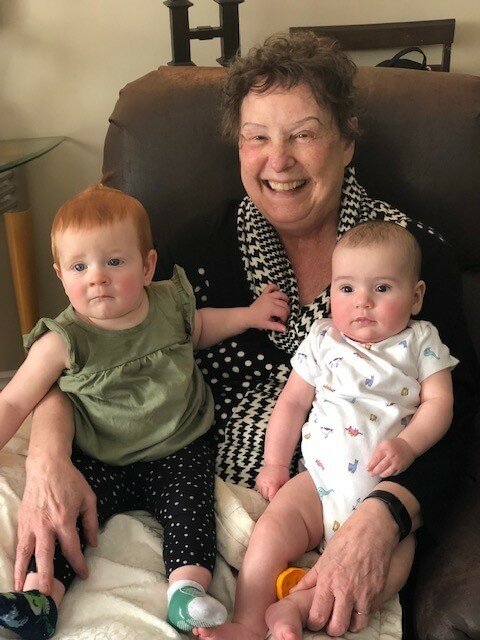 Please share a memory of Alice to include in a keepsake book for family and friends.
View Tribute Book

Alice passed away on Friday, September 30, 2022 in Regina, SK with her family by her side. Alice is survived by her husband Garth Parkinson; children Logan (Alicia Toscano), Norah (Matt Beechinor) and Evan (Alana Zyla); grandchildren Evelyn, Rose, Sam and Abby; brothers Bill Easdale (Bonnie) and Rick Easdale (Nancy); and sister Anne Westfall; plus many nephews and nieces. She was predeceased by her parents, William and Martha Easdale; and her brother-in-law Len Westfall.

Alice was born in Toronto and raised in Sarnia, ON by her parents and with her siblings. She often talked about how her father was an honest man who fiercely loved his family. That love and loyalty was evident in her home growing up and inherited by all of his children. Alice often remarked on how loyal her siblings were and that she knew that she could always count on them.

Alice and Garth married on July 26, 1975 in Sarnia and made their home in Toronto. During that time, Alice was well known for her trademark flashy and oversized earrings that matched her wild ideas and spirit. She was quick to pull out her guitar and lead her family in a rendition of the 12 days of Christmas or Brown Girl in the Ring or plan an over-the-top Halloween party with the Mullooney’s. She loved being around her friends and family and organizing events that brought people together. She planned murder mystery parties when guests came to town, pool parties in the backyard and family vacations to Washington D.C., Phoenix and Orlando with the Hoppers, among many others.

Some may also know her as a bit of a political activist. Alice had a clear sense of what was right and would stand up for not only her family but for any who needed it. When Alice and Garth were living on Holland Ave. in Toronto, with a newborn Logan, Alice felt that their street was too narrow and unsafe for cars to park on, so she went down to city hall on a mission to bring change to her neighbourhood. This opportunity to make the world around her better didn’t begin with this act nor end with it. She impacted lives wherever she went, including the nurses and doctors she interacted with while in the hospital.

In 1992, Alice, Garth and family moved from Toronto to Regina where she primarily taught high school drama and English. She also threw herself into coaching. Alice influenced innumerable students by giving them the confidence to join her teams and try out for her plays. She encouraged students who were in no other sport to participate in cross country and track saying, “all you need is two feet and a heartbeat” and building a team where the runners coming in first lined up and cheered for the runners coming in last. Her teams won several Track and Field city championships, and Alice produced many successful plays and improv teams. Her passion for her students and teaching was evident. Along with Miller High School’s drama program, she organized a dinner theater with Janice from the Home Ec. department and with her enthusiasm and humour, ensured that everyone involved had fun. She made connections with staff and students that lasted the rest of her life.

Alice never limited herself. She started a side job selling decorative hats with Bev at a church flea market in Toronto and she always looked forward to her Bridge nights with her Toronto friends, breakfasts with the ‘Miller Ladies’, ‘game nights’ with Linda and Howie and learning MahJong at a church hall in Regina.

Alice was exceptionally welcoming and open to new people and experiences. She and Garth opened their doors to not only friends and family but also, their children’s friends, friends of friends, unknown distant relatives, former students and even the odd hitchhiker. That love of adventure and new experiences took Alice and Garth, as per Alice’s ideas and planning, to Greece in their first years of marriage, Newfoundland with three kids in the back seat and no air conditioning, Columbia during the unrest of the 1980’s, Spain to walk the Camino de Santiago with Pat, and China after retirement, among many other places, where they lived and taught for 5 years in their retirement.

Their time in China has been referred to more than once as some of Alice and Garth’s ‘glory days’. They made the most of their time in Asia. They traveled to Thailand with Ron and Sandy, visited Tibet and the Uyghur region of China, enjoyed Indian delicacies in Jaipur and Alice could often be found shopping for deals at the flower market in Zhengzhou just to list a few of their adventures.

Alice was enthusiastic about almost everything. She enjoyed teaching and she especially loved teaching drama. When Alice and Garth returned from China, Alice didn’t slow down. She took classes in Mandarin and she taught English to French cadets at the RCMP training depot. Her love of learning and trying new things spread to those around her as she encouraged others to also take risks.

One of Alice’s dreams was to travel to Scotland to seek out her family’s roots. She wanted to combine this with a vacation with her family and had been saving to pay for all 10 plane tickets and accommodations to make this happen. But her illness and the global pandemic postponed those plans. After 5 years and the news of her illness’ progression she continued to plan for the rest of her family to take her dream trip without her. She helped choose the place to stay and looked at flight prices to make sure they’d get the best deals. She was always sure to look after those around her, especially her family and loved ones.

She will be remembered as a fierce defender of what is right, the party planning life of the party and a passionate person who offered her unending support to others. She is greatly loved and will be greatly missed.

Look inside to read what others have shared
Family and friends are coming together online to create a special keepsake. Every memory left on the online obituary will be automatically included in this book.
View Tribute Book
Services for Alice Parkinson
There are no events scheduled. You can still show your support by planting a tree in memory of Alice Parkinson.
Plant a tree in memory of Alice

Share Your Memory of
Alice
Upload Your Memory View All Memories
Be the first to upload a memory!
Share A Memory
Plant a Tree