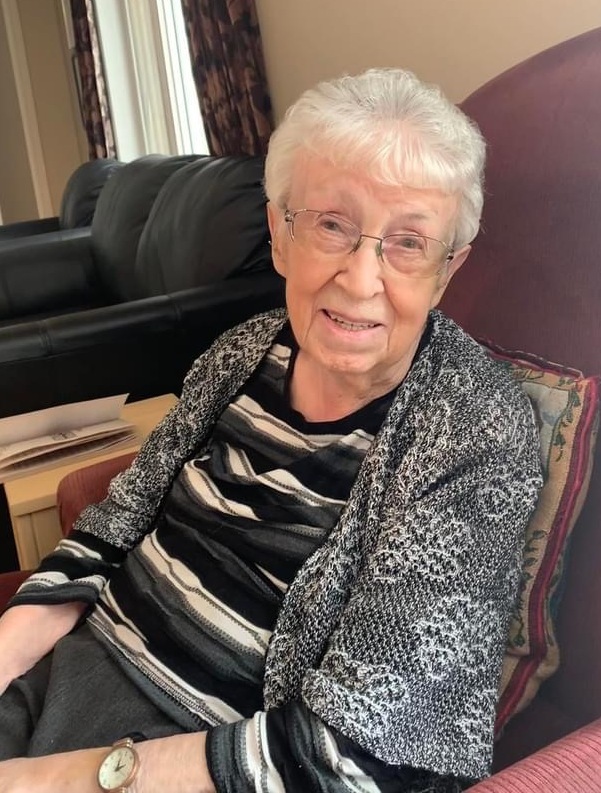 PINKNEY, Margaret “Peggy”, passed Thursday, July 7, 2022 at Grace Haven Hospice. She is survived by daughter Lorna (Lloyd); granddaughter Deana (Jeff) and their two sons, Ryan and Connor; grandson Glenn (Sherry) and their two sons Joshua and Matthew. Also survived by her dear brothers Alick (pred. Ellen), Bill (Lena) and Ron, and many special nieces and nephews. Predeceased by her husband Dean in 1999, and parents John and Effie Chisholm. Peggy was born in Killen on the Black Isle, in her beloved Scotland on November 3, 1927.

The family would move from farm to farm where her father John would be working, which was the norm of the day. She had many fond memories of her years in Scotland. In 1947, she and her immediate family crossed the sea to join the family members that were already here in Saskatchewan. In 1949, Dean and Peggy married and started their new life on the Pinkney farm at Earl Grey, and Lorna was born in 1950. They spent more than 30 years on the farm before building their retirement home in Earl Grey where they enjoyed many close friends and neighbours. It was during these years that she started taking art classes, creating many lovely paintings, of mountains, old farm scenes, then moving on to birds, animals, and wildlife that she enjoyed the most. Peggy eventually moved to Regina after Dean's passing, again having many close friends while living on Schemmer Bay, and later to the Renaissance. She eventually needed more care, and had most recently been at Meadow Edge House in Lumsden, where she had received wonderful loving care.

There will be a family gathering at a later date. In lieu of flowers, donations to Mizpah at Earl Grey or Grace Hospice in Regina.